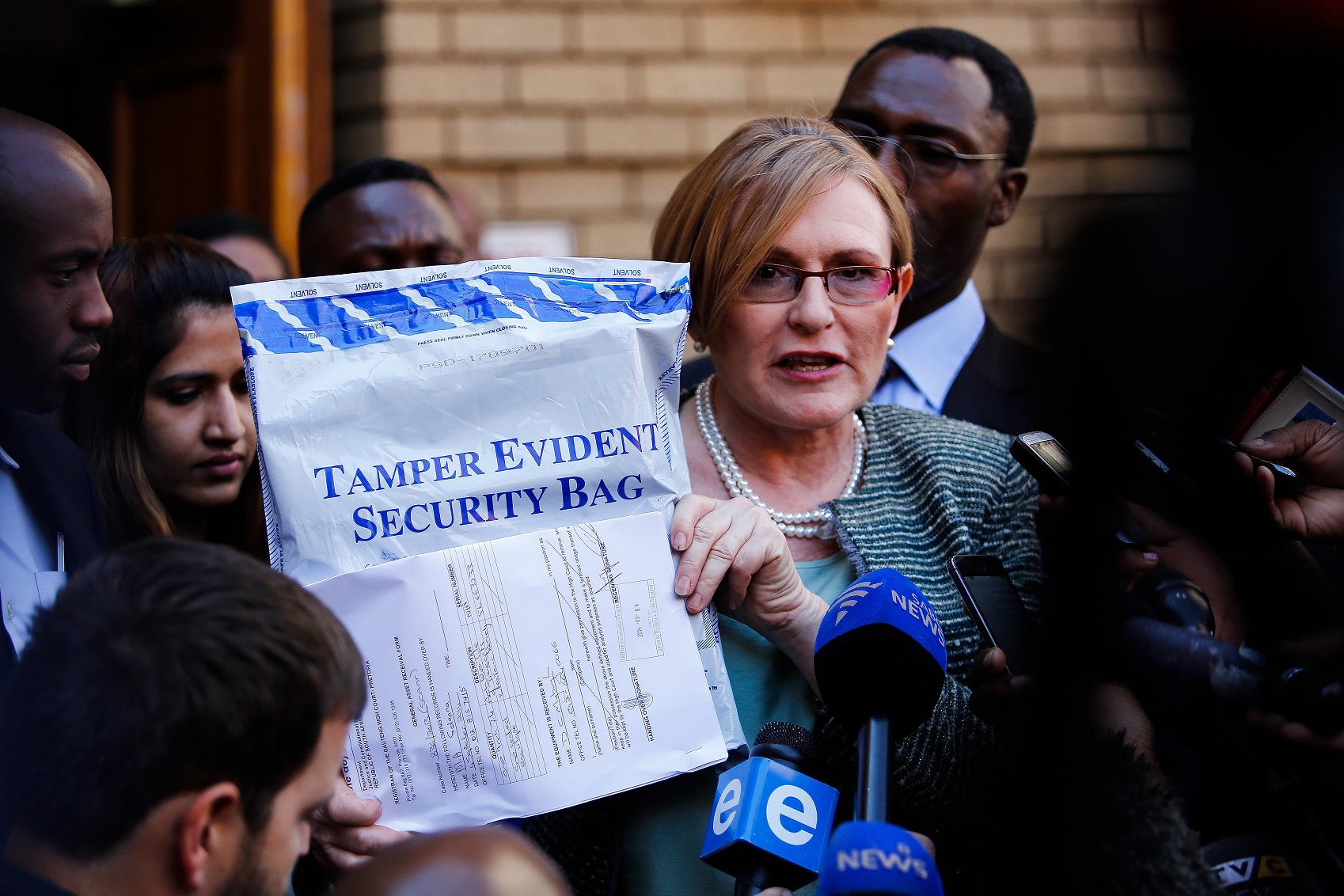 DA leader Helen Zille addresses the media outside the North Gauteng High Court on September 4, 2014 in Pretoria, South Africa. Zille was handed the recordings, known as the Zuma 'spy tapes'.

PRETORIA – The High Court in Pretoria is on Monday expected to determine a timeline to hear the Democratic Alliance&39;s application to review the dropping of charges against President Jacob Zuma.

Last month, the opposition party said the court would hear its application on March 16 unopposed, however, the National Prosecuting Authority said it was opposing the matter.

This meant that case had to be removed from the unopposed court roll and set down for an agreed date on the court roll, NPA spokesman Velekhaya Mgobhozi said at the time.

The DA was handed the spy tapes last year after the Supreme Court of Appeal ruled that the NPA had to comply with a previous order to release the tapes. Zuma had opposed the move.

The recordings, internal memoranda, reports and minutes of meetings dealing with the contents of the recordings had to be provided.

The tapes, containing recorded phone conversations, allegedly reveal collusion between the former head of the Directorate of Special Operations (the now defunct Scorpions) Leonard McCarthy, and the NPA&39;s former head Bulelani Ngcuka, to manipulate the prosecutorial process before the African National Congress&39;s Polokwane conference in 2007.

Zuma was elected ANC president at the conference. Former president Thabo Mbeki had been a contender for another term.

The charges were dropped shortly before Zuma was sworn in as president in 2009. The then acting National Director of Public Prosecutions, Mokotedi Mpshe, said the tapes showed there was a political conspiracy against Zuma and so the case against him could not continue.

The Sunday Times published a compilation of transcripts from the so-called spy tapes after the newspaper was granted access to them by the High Court in Pretoria.