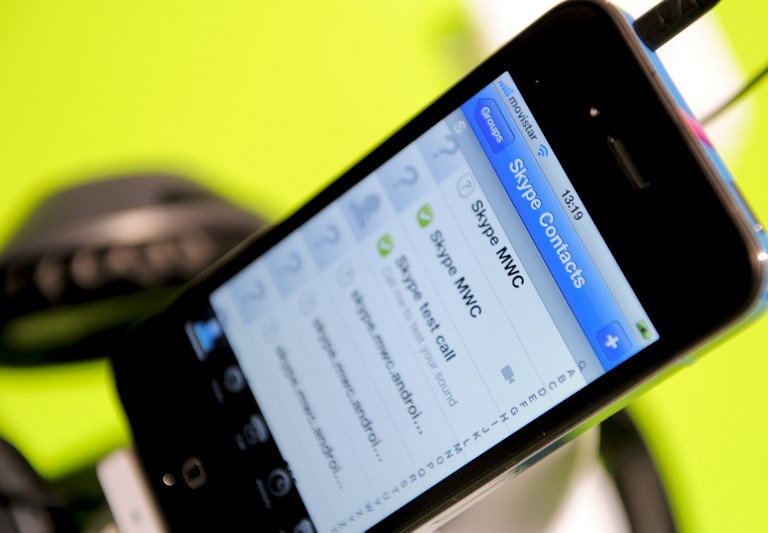 A smartphone shows a Skype application at the 3GSM World congress in Barcelona, on February 14, 2011.

JOHANNESBURG - The High Court in Johannesburg will hear on Wednesday an urgent application by the ANC to stop the DA from sending out an sms accusing President Jacob Zuma of stealing public money.

The African National Congress wants the court to compel the Democratic Alliance to comply with the Electoral Act in terms of the prohibition of publishing of false information.

This was in response to an SMS sent by the opposition party which the ANC claimed was based on a "deliberate lie" and targeted Zuma.

The text message, which was sent to prospective voters, read: "The Nkandla report shows how Zuma stole your money to build his R246m home. Vote DA on 7 May to beat corruption. Together for change."

Last month, the DA said it welcomed the court challenge.

"The DA welcomes the opportunity to go to court to defend our efforts to ensure accountability for the Nkandlagate scandal," Parliamentary leader Lindiwe Mazibuko said.

"We will tell the judge exactly what the rest of South Africa was told this past week, that President Zuma improperly and materially benefited from the R246 million so-called security upgrade of his private home in Nkandla."

In her report "Secure in Comfort", Public Protector Thuli Madonsela found that Zuma and his family had unduly benefited from security upgrades made to his private home in Nkandla, KwaZulu-Natal.

She recommended that a percentage of the money be paid back.

Zuma is expected to give his reply to Madonsela&39;s report on Wednesday, 14 days after its release.