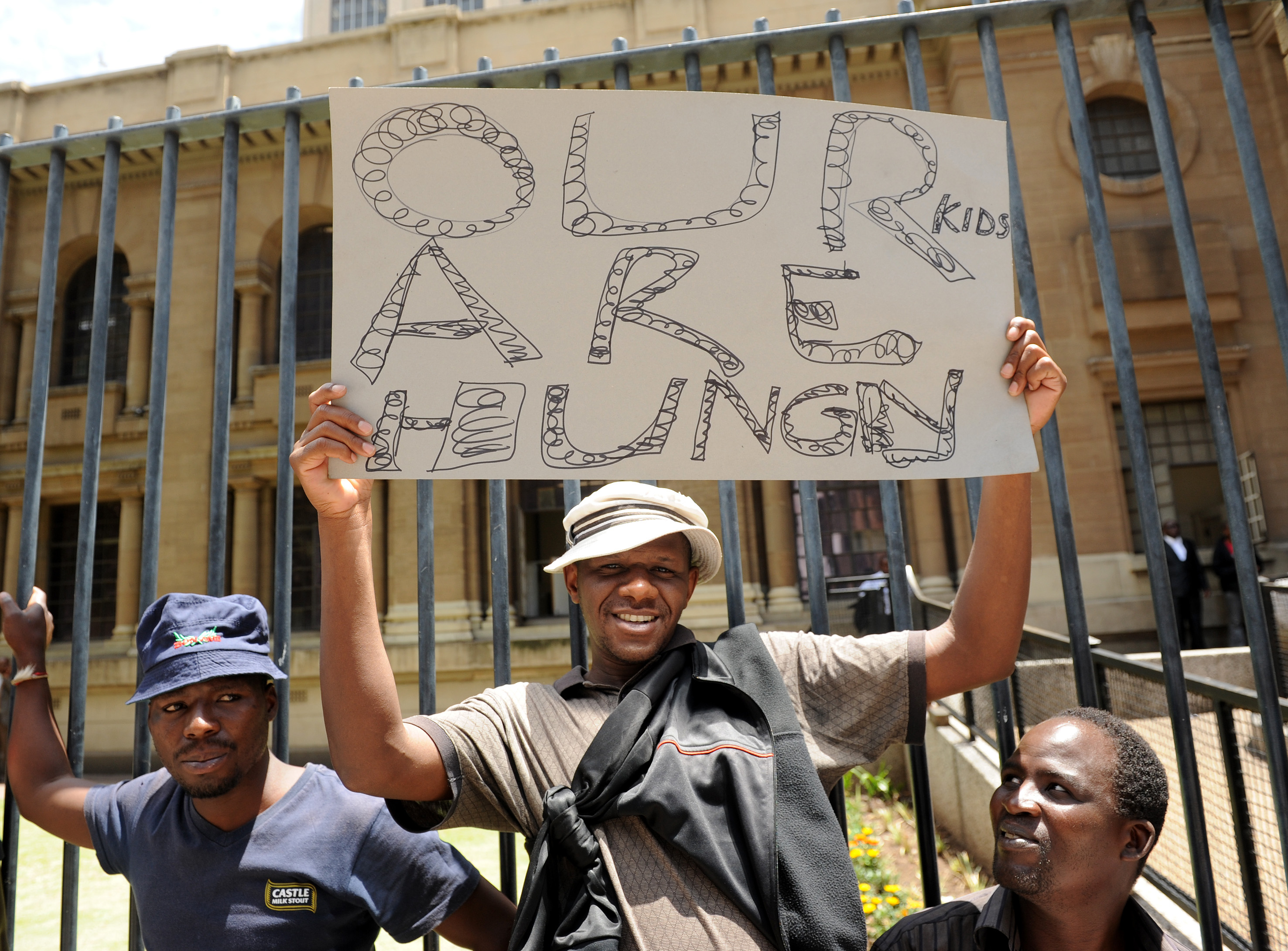 Informal traders demonstrate outside the High Court in Johannesburg on Tuesday, 26 November 2013. The SA Informal Traders' Forum and SA National Traders' Retail Association (Santra) are seeking to interdict the City of Johannesburg.

JOHANNESBURG - The Constitutional Court on Friday set aside a High Court order and allowed informal traders in Johannesburg to return to their inner city stalls.

The court interdicted the city and its metro police from interfering with the operations of the traders. The city was ordered to pay the costs of both court applications.

The traders took the city to the High Court in Johannesburg after being removed from their trading posts.

They wanted to be allowed back to their spots and wanted a review of the city&39;s conduct.

The High Court refused to grant the traders an interim order and struck the matter off the roll for lack of urgency. The municipality removed all street vendors, including those legally entitled to trade, as part of its "Operation Clean Sweep".

The traders were invited to participate in a verification process.

Traders argued that the interim relief they sought was narrow, would not prejudice the city, and would do no more than place them in a position to continue trading pending the review of the city&39;s conduct.

The city accepted that the traders might suffer a loss of income and insecurity as a result of being prevented from trading.

It argued that the prejudice was temporary and was being alleviated by the verification and reallocation of traders.

The Constitutional Court found that the eviction of traders involved constitutional issues of considerable significance.

"The ability of people to earn money and support themselves and their families is an important component of the right to human dignity," said Judge Dikgang Moseneke in his ruling.

"Most traders, we were told, have dependants. Many of these dependants are children, who also have suffered hardship as the city denied their breadwinners&39; lawful entitlement to conduct their businesses."

The court said the city&39;s conduct had a direct bearing on the rights of children and their rights to nutrition, shelter and basic health services.