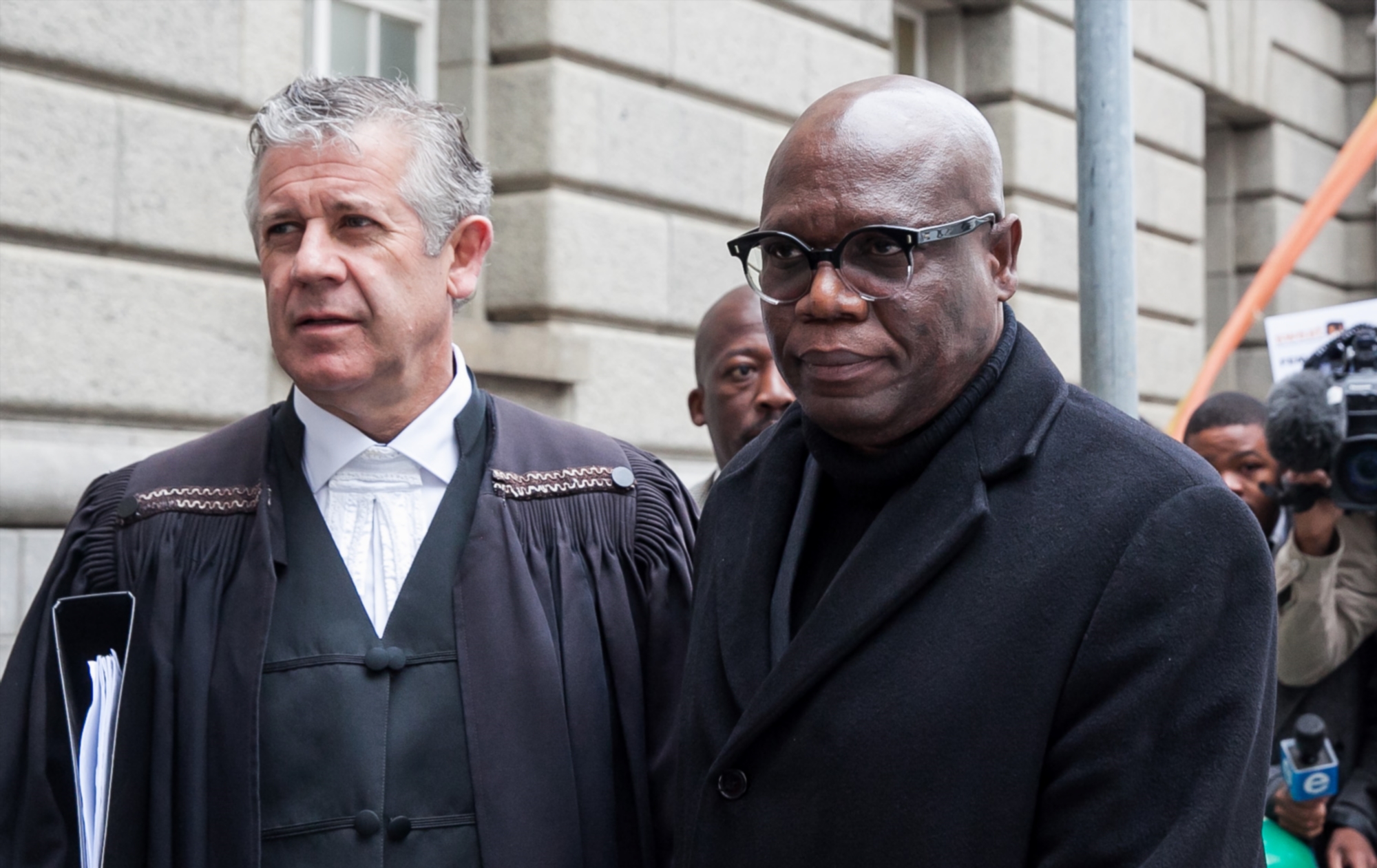 Internationally-renowned artist Zwelethu Mthethwa is accused of beating Nokuphila Kumalo to death in 2013.

CAPE TOWN – The Western Cape High Court will deliver judgment in the case against internationally acclaimed artist and murder accused Zwelethu Mthethwa in March next year.

Judge Patricia Goliath heard final arguments on Wednesday concluding the trial which has dragged on for eighteen months and which she described as “mammoth” before postponing the matter to March 9, 2017.

Mthethwa is accused of kicking and beating to death 23-year-old sex worker Nokuphila Kumalo in the early hours of April 14, 2013 in Ravenscraig Road, Woodstock.

Since his arrest the following month, he has maintained that he cannot recall what happened. All he could remember was that he was at The Corner Lounge in Gugulethu on the afternoon of April 13 where he paid for R2,016 worth of alcohol.

He denied any involvement in the murder.

CCTV footage captured the assault, however, and the State contended that Mthethwa was both the driver of the Porsche seen pulling over in Ravenscraig road and the kicker attacking Kumalo.

But, in final arguments defence lawyer William Booth said the poor quality of the video showed a man who could not be identified as Mthethwa: “How many millions of people fit the person in the video? At most you can say is that this is a person of colour, with short hair. There is no evidence of any identification in so far as Mr Mthethwa is concerned”.

Senior state prosecutor Christenus van der Vijver asked the court to take “a holistic view” of the evidence: “The evidence must not be broken up in little body parts.”

He argued that the accused had opted not to testify, and while that “does not equal guilty”, he said it could have “certain consequences” for the accused.

He said that the video footage had not been tampered with, contrary to the defence’s argument, but was in fact a “very simple, uncomplicated scene”.

“A car pulled up, a person got out, crossed the street, was off screen for twenty seconds, then the assault started, then the person got back in the car and drove off”.

He argued that the driver and the attacker were indeed the same person: “The fact that the vehicle stopped almost in the middle of the street, that person then walked across street. It indicates he found what he was looking for, its an indication of someone who is cross, angry.”

He said tracker records had shown that it was Mthethwa’s car parked in Ravenscraig road.

But, Booth argued that the tracker could not be relied upon because of “discrepancies re the time” that were not explained”.

“There is no onus on the accused to explain why his vehicle was there.”

Judge Goliath, seemingly incredulous, said “we are dealing with a murder”.

Van der Vijver argued that there was no evidence to suggest the car was driven by someone other than the accused.

He said the fact that no DNA from the deceased was found in Mthethwa’s car could be explained by a range of possibilities including a time lapse causing the degradation of DNA.

But, Booth said one would have expected DNA transfer, yet none was found: “The State has not proved its case beyond a reasonable doubt.”

He said senior forensic pathologist Dr Linda Liebenberg had said in her second report that Kumalo could have died as a result of “commotio cordis”.

Liebenberg compiled two autopsy reports, one soon after the murder, and the second in 2014 after the investigating officer showed her the CCTV footage that captured the attack.

Cross-examined by Booth during the trial, Liebenberg told the court that she was puzzled by the lack of blood in Kumalo’s abdomen.

She said 400 millilitres was not enough on its own to be the only “mechanism of death”, and so she had to consider alternative causes not apparent to the naked eye, such as whether the victim was intoxicated.

Liebenberg said a gross laceration of Kumalo’s liver would have killed her by a “mechanism of blood loss”. This had contributed to her death, but what killed her was “blunt injury to the trunk”.

She told the court that she had been concerned about the lack of blood loss, but that after viewing CCTV footage of the incident, she had more information.

She conceded that the issue of “commotio cordis” would not have arisen had she not viewed the footage.

“Commotio cordis” is a disruption of heart rhythm caused by a blow to the area directly over the heart, and Liebenberg believed this may have happened in the case of Kumalo.

When Booth asked her if she could exclude that Kumalo was dead already when the the kicking and stomping happened, Liebenberg said she couldn’t rule it out, but it was a “rare possibility”.

On Wednesday, Booth argued “the deceased was already dead before the first kick is our submission”.

“At most whoever was doing the kicking and stomping of the deceased can be convicted of attempted murder, no more”.

Booth asked the court to acquit his client on the charge of murder. Mthethwa’s bail was extended and he will return to court in March next year to hear his fate.