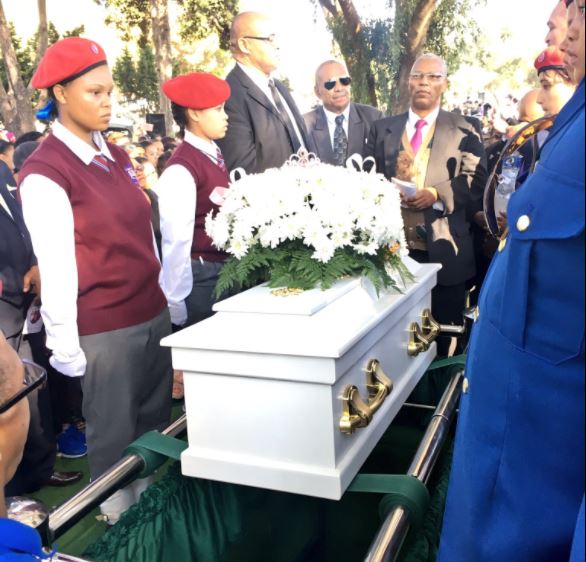 Three-year-old Courtney Pieters was buried at the Belhar Cemetery in Cape Town on Saturday. She was found in a shallow grave near her home, after shed been missing for more than a week.

JOHANNESBURG - Three-year-old Courtney Pieters was laid to rest at the Belhar Cemetery in Cape Town.

The funeral service got under way at her home on Saturday morning. The toddler's body arrived at home and then proceeded to an auditorium for the church service.

#CourtneyPieters' body arrives at church. A service will be held here before the burial at the Belhar Cemetery pic.twitter.com/2VCW8IkLsF

The little girl was found in a shallow grave not far from her home, after she’d been missing for more than a week.

A man who'd been renting a room in the family home, has been charged with rape, kidnapping and murder, he's due to appear in court again next week.

President Jacob Zuma has visited Courtney’s family and vowed to act on complaints of police inefficiency, in the investigation of the toddler’s case.