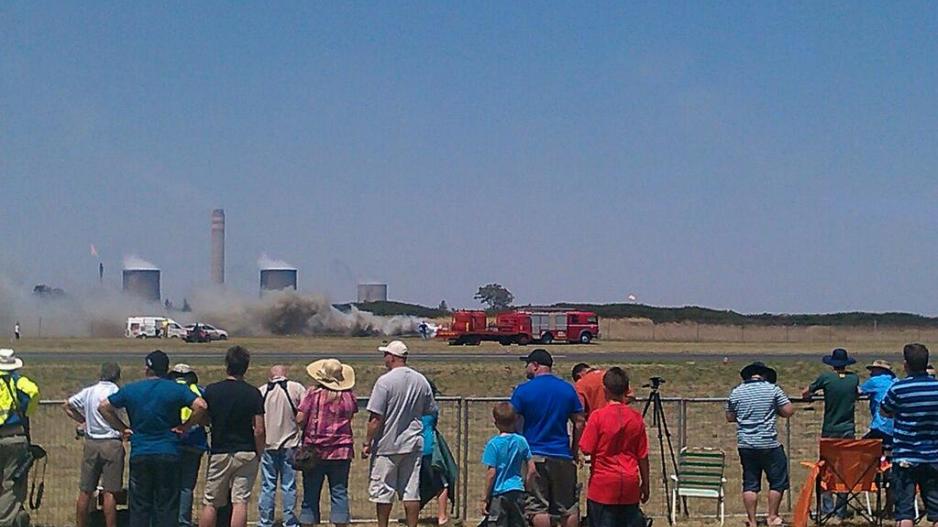 A pilot was injured when his aircraft crashed at the Secunda Airshow in Mpumalanga, on Saturday, the event organiser said. Picture: Graeme De Kock

JOHANNESBURG - Glen Dell, the pilot who was admitted to Mediclinic Highveld after his light aircraft crashed at the Secunda Airshow on Saturday has died.

Family spokesperson John Sayers confirmed his death and said: “I can confirm that he passed on about an hour ago but I cannot disclose any more details.”

Earlier on Saturday, Mpumalanga police spokesperson, Leonard Hlathi insisted that the pilot was alive and he was just transferred from one hospital to another.

Dell was admitted to Mediclinic Highveld in Secunda after suffering injuries when his light aircraft crashed on Saturday.

According to Dell&39;s website, he was the first South African to win the Advanced World Aerobatic Championships, after coming first overall in the event held in Ljungbyhed, Sweden, in 2004.

Dell has at least 25,000 hours flying experience on over 250 different types of aircraft.

According to Dell&39;s website, he also holds a zero foot aerobatic display waiver. A low level waiver is only awarded to pilots with proven competency and reputation, and a zero foot waiver is a rare distinction.

He began designing and manufacturing an aerobatic aircraft in 2004.