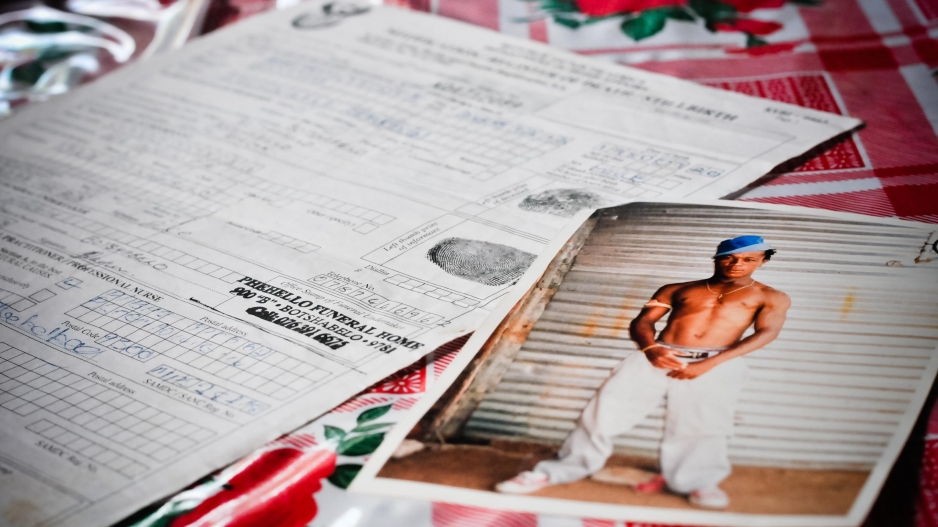 Photograph of Alice Matsipa's fourth son who died at initiation school in 2008. Matsipa suspects foul play in his death.

JOHANNESBURG - A chapter nine institution has launched an investigation into the deaths of young men at initiation schools.

The Commission for the Promotion and Protection of Rights of Cultural, Religious and Linguistic Communities has promised that anyone found guilty will face criminal charges.

The Rights Commission says over two-hundred initiates have died in the past three years, most of those from the Eastern Cape.

There are a number of horrific tales of death, amputation, and abduction from boys and mothers from around the country.

Stories like these have prompted the authorities to investigate initiation schools.

The CRL Rights Commission has found that 251 young men lost their lives over the past three years, 199 of those deaths are in the Eastern Cape.

The commission says all of them are avoidable.

CRL chairperson Thoko Mkhwanazi-Xaluva says, "As a nation we need to account, for what is this thing that is so wrong, we cannot keep quiet anymore and say we are solving the problem, the problem needs to be solved urgently. We need to find out what is killing these people in a legal and medical system”

The commission will visit eight areas around the country, starting next month.

It hopes to complete a three month probe, working with the Department of Health, the NPA and traditional leaders.

“The committee consists of five females and two males, we want to upfront say that, we are not going to be going into the initiation schools, we are also not concerned with things if they go well."