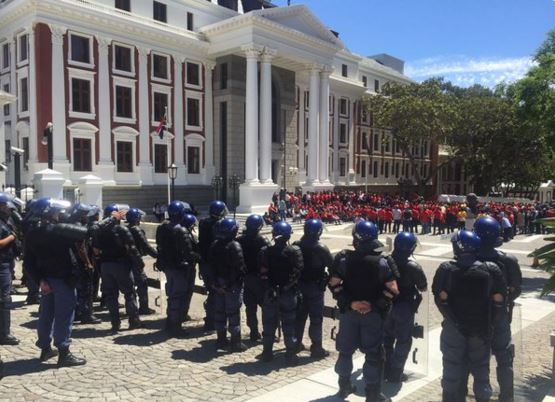 The staff protested outside the National Council of Provinces and the National Assembly chamber, a national key point, while a sitting was under way.

This was revealed in Parliament&39;s Joint Standing Committee on Intelligence’s annual report on Monday.

Meanwhile, the Auditor General is concerned about the lack of controls over how much spies spend.

The joint standing committee on Intelligence conducts private meetings with the country’s spy community and while has found South Africa to be relatively stable, it’s concerned about the lack of effective legislation to monitor cybercrime and international terrorism.

READ: SA not at risk of terrorism: analysts

The report also mentions the Auditor General can’t properly monitor the way State Security is spending money because the agency doesn’t give it the necessary information, citing a lot of expenditure as covert or top secret.

The SSA got a qualified audit which is not ideal as financial statements were not prepared in accordance within the proper framework.

Meanwhile, the Hawks are still investigating the theft of millions from Crime Intelligences secret service account, discovered back in 2011.