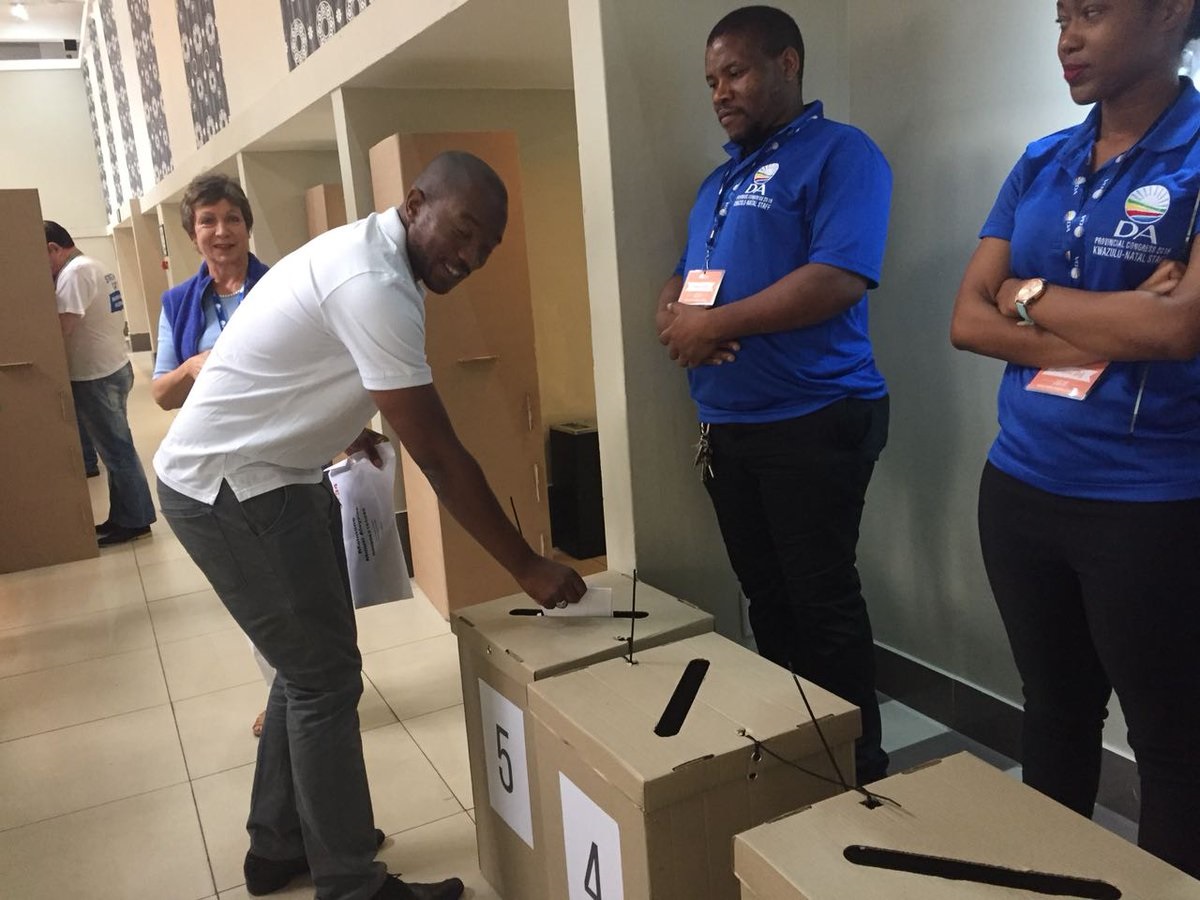 DA leader Mmusi Maimane casts his ballot during the party's KwaZulu-Natal congress in Durban on February 3, 2018.

DURBAN - The DA must reposition itself to attract voters because their easy target, President Jacob Zuma will not be around in 2019, the party&39;s leader Mmusi Maimane admitted on Saturday.

He was addressing the DA’s KwaZulu-Natal Congress in Durban, where Zwakele Mncwango was re-elected as the party’s provincial leader.

Maimane told the cheerful crowd at the Olive Convention Centre that the political playing field has changed.

"No longer can we satisfy ourselves by merely taking on the man from Nkandla, who has so harmed our country this past decade, and who gave us an easy target to aim to."

He said the DA must negotiate this new political playground, with Cyril Ramaphosa at the helm of the ANC.

Maimane: Ramaphosa has been part of the problem now how is he going to bring about change, DAkzn

He said the DA is proud to be the official opposition in KZN, with representatives in deep rural areas like Umkhanyakude.

"I&39;ve never been more proud of the fact that it&39;s in this province where you&39;ve shown an incredible amount of work, having become the official opposition in this province. Forward, DA forward!"

Francois Rodgers is the DA’s new Chairperson in KZN, with Mergan Chetty the deputy leader.

.@DA_KZN leader, @Zwakelem has retained his position as provincial leader.

He said their main objective is to shrink the ANC’s support to below 50 percent in the province.

Mcwango committed himself to working hard to unite the DA in KZN, saying this is the key to unseating the ANC in 2019.