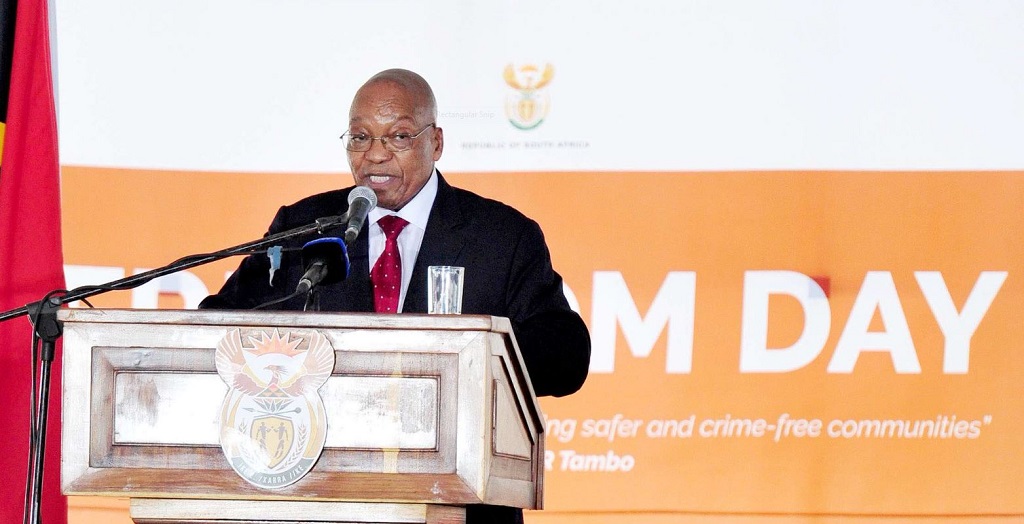 Judge Bashier Vally made the order in the North Gauteng High Court a short while ago.

The North Gauteng High Court heard arguments on Thursday afternoon in the matter brought by the Democratic Alliance to compel Zuma to supply his record of decision for his recent midnight cabinet reshuffle.

DA MP and Federal Executive Chairperson James Selfe said in a statement that he will be at the court to hear arguments in “our urgent application to compel President Jacob Zuma to supply his record of decision for his disastrous midnight cabinet reshuffle.”

Last month, on 5 April, the DA filed an urgent application with the North Gauteng High Court to request that President’s decision to remove Finance Minister Pravin Gordhan and his deputy, Mcebisi Jonas, be set aside on the grounds that it was irrational, and therefore unconstitutional, unlawful and invalid.

“Every exercise of public power must be subject to the principles of legality and rationality, especially the exercise of all of the President’s powers, which includes decisions to appoint or dismiss ministers and deputy ministers,” said Selfe.

“The President ought to have reasonably foreseen the dire consequences of this reshuffle, given what happened in 2015 when he fired then Finance Minister, Nhlanhla Nene.”

READ: We did not apologise for criticising Cabinet reshuffle: Mantashe

Selfe said the DA believes that Zuma’s decision should be set aside as it does not meet the requirements of rationality and was therefore illegal.

“However, in order for his decision to be reviewed and according to Rule 53 of the Unified Rules of Court, the record of decision must be provided, as our urgent application seeks to achieve,” explained Selfe.

“After numerous delaying tactics, President Zuma claimed that the DA, and indeed South Africa, is not entitled to the record and reasons for his reshuffle.

“The President’s disingenuous refusal to explain himself forced the DA to file an urgent compelling application to force the President to hand over his reasons and all records pertaining to his reshuffle.”