DA concerned about threats to councillors 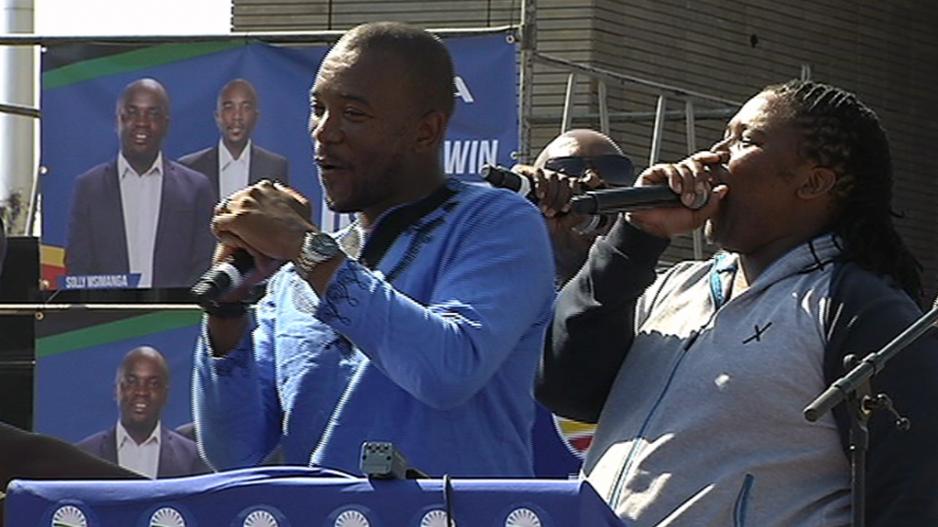 Pretoria, 09 August 2016 - The Democratic Alliances says it not willing to compromise its values in Tshwane coalition talks.

NQUTHU, KZN - The Democratic Alliance says it’s concerned about threats against several of its members.

Last week, a DA councilor in the Northern Cape was shot and killed, while two others members also claim they&39;re being intimidated.

DA councillor Bonginkosi Zwane was born and raised in Nondweni in the Nquthu Municipality, in which the IFP and ANC emerged neck and neck following the municipal polls.

He has campaigned for employment and improved water supply in his community.

But he claims he has been receiving threatening phone calls since the local government elections results were released and says his life is in danger.

Speaking in Zulu, Zwane said, "They called me saying that if I don&39;t vote for the ANC I will regret it. And they know where I live. They say, I have to make sure, no matter what the party says, I must vote for the ANC so that it can rule the municipality again".

He claims the caller also threatened his three children and has now employed a bodyguard.

Zwane is one of many Nquthu councillors who&39;ve employed a bodyguard.

ANC KZN Secretary Super Zuma said such allegations must be reported. "Of course, we will canvas people to vote for us but not to an extent that we intimidate those people. If that has happened, if those allegations can be proven, really the ANC will act on that".

Saldanha Bay&39;s newly elected mayor, Marius Koen, was also the victim of intimidation. Western Cape police are investigating an incident in which Koen found a sheep&39;s head, dead birds and a live tortoise all wrapped up at his home. The package contained a note threatening to destroy Koen&39;s life.

DA Shadow Minister for Cogta, Kevin Mileham, said " We not going to be intimidated by threats of violence. We will continue to represent all those people who have voted for change, fearlessly and will defend our right to speak out on their behalf".

Mileham said party structures were in place to handle cases of intimidation, and they would get the police involved if necessary.

"Personally, I feel that they haven&39;t been doing a good job because if you look at some of the political murders that we have seen, some of those killings have not been solved. And I think we should be very worried about that," he said..

The DA is hoping acts of intimidation against its members will die down as municipal councils are established.