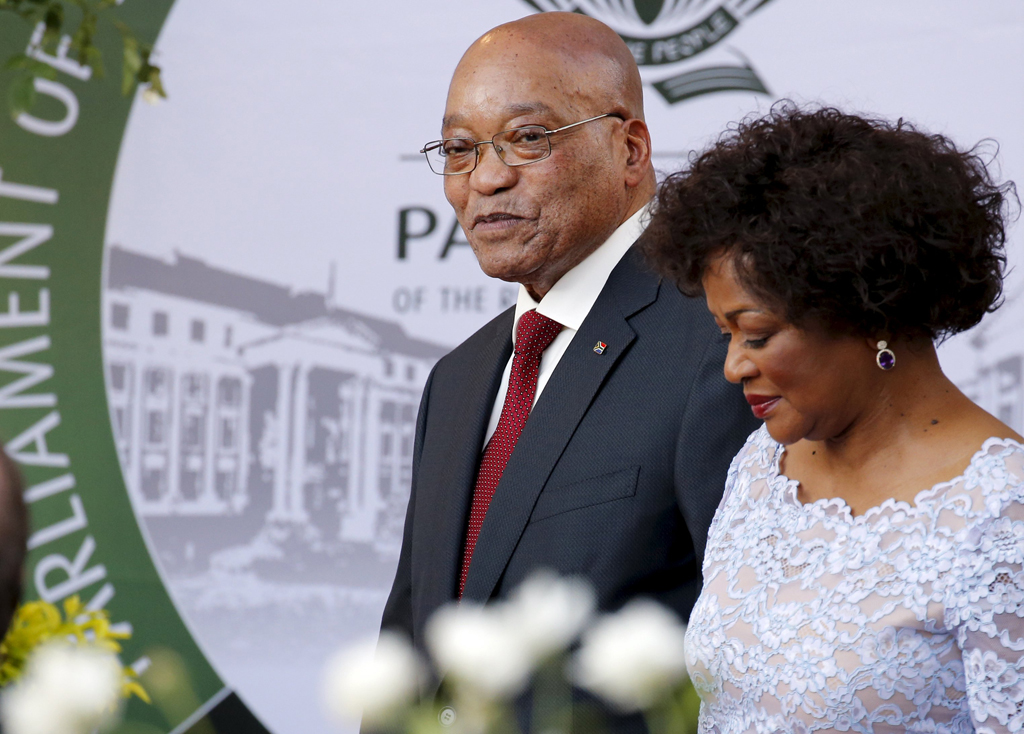 President Jacob Zuma arrives with Speaker of Parliament Baleka Mbete to give his State of the Nation address at the opening session of Parliament in Cape Town, February 11, 2016.

The DA says its leader Mmusi Maimane wrote to the Speaker Baleka Mbete 18 days ago stating their intention to table a motion of no-confidence in the president in terms of Section 102 of the constitution and Rule 129 of the National Assembly.

Rule 129 was clear about the urgency with which a motion of no-confidence in the president should be scheduled.

Section 102 stated: “The Speaker must accord such motion of no-confidence due priority and before scheduling it must consult with the leader of government business and the chief whip.”

The "inexplicable delay "which had dogged this motion had been raised in numerous forums to no avail, Steenhuisen said.

“Indeed, Mbete raised the matter right at the start of the National Assembly programming committee [NAPC meeting] on Thursday, 3 November, by assuring all those assembled that the request would receive prompt consideration. In reply, my deputy Mike Waters proposed the November 10 sitting as an ideal opportunity for the debate, which prompted little opposition.”

Steenhuisen said despite an agreement, next week’s programme circulated on Friday evening had omitted the motion of no confidence, thereby delaying it at least by another week.

It was made clear in the NAPC meeting that Mbete only had to consult the leader of government business Deputy President Cyril Ramaphosa and ANC chief whip Jackson Mthembu for the motion to be scheduled and that it did not need to be referred back to either the chief whips’ forum or NAPC, he said.

“To my mind, there is no reason why the motion of no confidence in President Jacob Zuma cannot proceed at the earliest possible convenience. The speaker’s failure to schedule our motion of no confidence is only the latest effort by her office to shield the president from accountability. We would have hoped that the embarrassing defeats suffered by the executive and parliament more particularly, in our courts of law would have shown the speaker the futility of her delaying tactics.

“Sadly, Mbete doesn’t learn. We believe this latest ploy will only embolden those high-ranking ANC parliamentarians that have chosen to break ranks in recent times to now support our motion and put a stop to the kleptocratic, indefensible Zuma presidency,” Steenhuisen said.