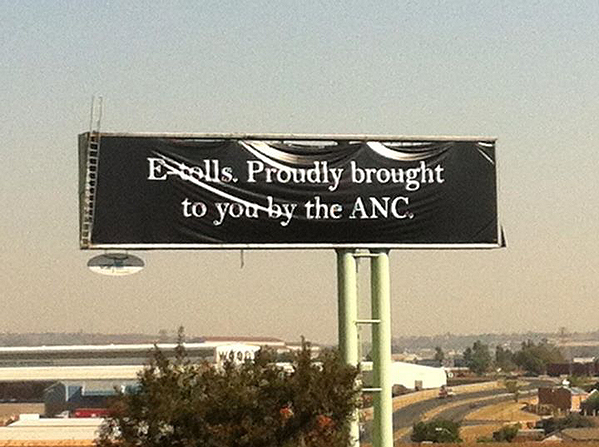 JOHANNESBURG - The Democratic Alliance (DA) will neither confirm nor deny if it is behind the three giant billboards poking fun at the ANC and e-Tolls.

Johannesburg motorists were amused today after the billboards, which don&39;t sport any branding, mysteriously appeared around the city.

The billboards were put up alongside the N1 and N3 highways.

Government announced this week  that the controversial tolling system could go live as early as next month.

Opposition parties have slammed the move, but the ANC supports e-Tolls.

The ruling party is now investigating the posters.

"We’ll try to determine whether the matter should be taken up with the IEC or with the relevant authorities in advertising, because we think it’s unethical and we think it shouldn’t be allowed,” said ANC Spokesperson Keith Khoza.