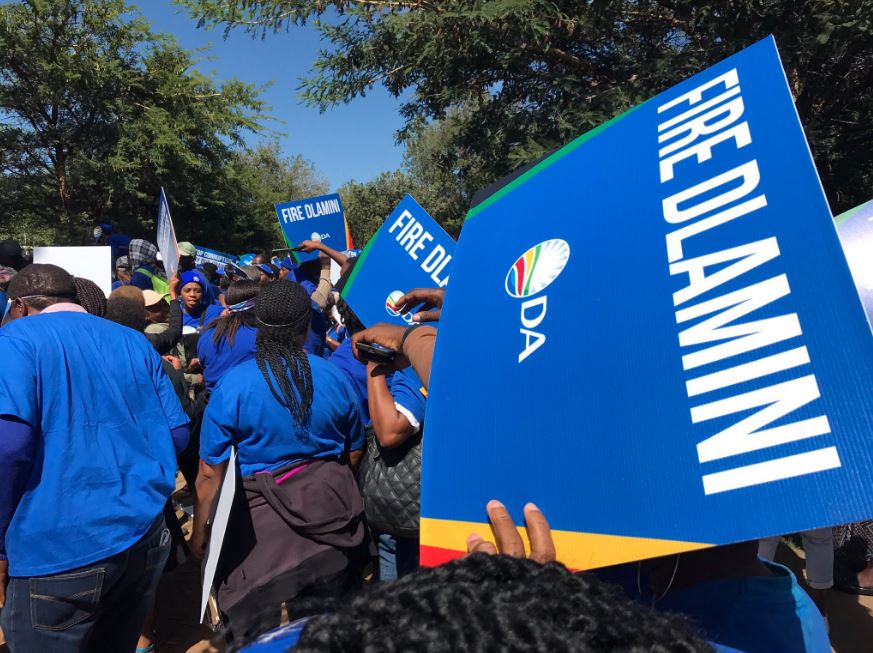 DA supporters call for Minister of Social Development, Bathabile Dlamini, to be fired.

Maimane told the crowd that Parliament must initiate an inquiry into Dlamini's fitness to hold office because she had placed the lives of social grant beneficiaries at risk.

“This is a South African issue. That is why we are here in all our colours to say no. We stand for South Africa, we don’t stand for corruption,” said Maimane.

The memorandum was handed over to the department’s representatives.

The document also called on government to make details of the Cash Paymaster Services public.

The current invalid contract between Sassa and CPS ends on 31 March.

Dlamini has maintained that social grants will be paid on 1 April.