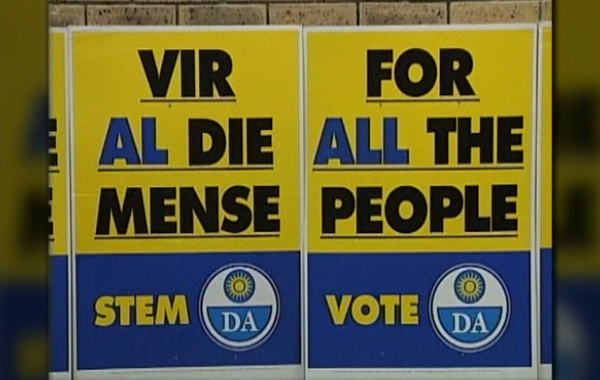 CAPE TOWN - The Democratic Alliance has been accused of flip-flopping on employment equity.

The opposition recently voted in favour of the Employment Equity Amendment Bill before parliament, but in an about-turn party leader Helen Zille says her party made a mistake and will now oppose the proposed legislation.

The DA now says it will push for changing while the bill is before the National Council of Provinces.

Zille denies reports that her party is at odds over transformation and BEE.

A series of errors that resulted in a plane crash - that&39;s how Helen Zille describes the fact that the DA gave the Employment Equity Amendment Bill the thumbs up in Parliament.

“There were a series of errors in which some of the clauses in the bill had not properly been debated in the caucus, and when something goes wrong in the DA, I am the captain of this plane and I take responsibility," Zille said.

Former DA leader Tony Leon has criticised the party, saying it voted for the bill because it did not want to be labeled as anti-transformation.

The DA refutes the claim.

Both Zille and DA Spokesperson Mmusi Maimane deny reports that the party is at odds over Black Economic Empowerment.

“I think everyone in the DA agrees on the principle, everyone accepts the fact that we have a historical legacy that is built on race and so our objective is to try and redress that - when it comes to the specific bill we have certain challenges with this bill and we haven&39;t spoken about it enough," Maimane said.

One analyst says the DA is divided on the bill because it challenges its old principles.

"Although we know that they are traditionally opposed to any racialised policy or legislation, the employment equity bill, which mixes common sense practicalities for South Africa&39;s labour moving forward, but mixed with the racial element, has meant that the DA effectively doesn’t know what to do," political analyst Mzoxolo Mpolase.

The DA says it opposes the bill now because it does not promote broad-based economic empowerment for all black people, but rather empowers only the politically-connected elite.