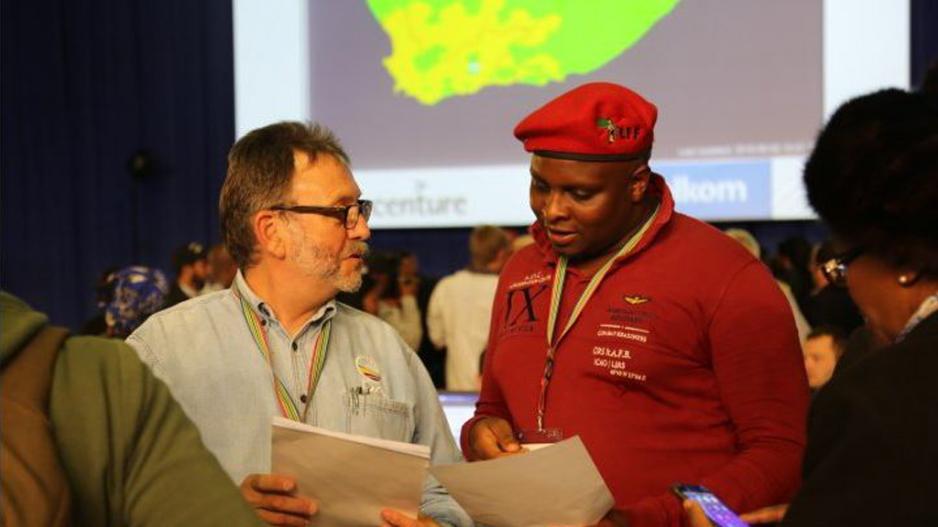 5 August 2016 - The Democratic Alliance's James Selfe chats with the EFF's Floyd Shivambu at the IEC results centre in Pretoria on Friday.

The federal chairperson of the Democratic Alliance (DA), James Selfe, on Monday denied reports that the party is in discussions with the Economic Freedom Fighters (EFF) about exiting Parliament.

The EFF's Julius Malema had earlier alluded to such a move when speaking to the SABC.

The apparent motive for the proposed move is to dissolve Parliament and force an early election, but the DA said this was nothing more than wishful thinking by the leader of the EFF.

READ: Get rid of Dlamini, say DA and Cope

Selfe said, “In our view, it would be disastrous and counterproductive to leave parliament, because... the seats of a party that doesn’t take up its seats in Parliament are redistributed to other parties in a proportional basis.

"We were elected to the National Assembly to represent the views of our voters and we cannot simply abandon their mandate.”

Just walking away from parliament is not going to help because you have to vote and the majority of people in the National Assembly must actually vote for an early election. That is something that's not going to happen because the ANC has the majority”

* View the attached video for more on this story.