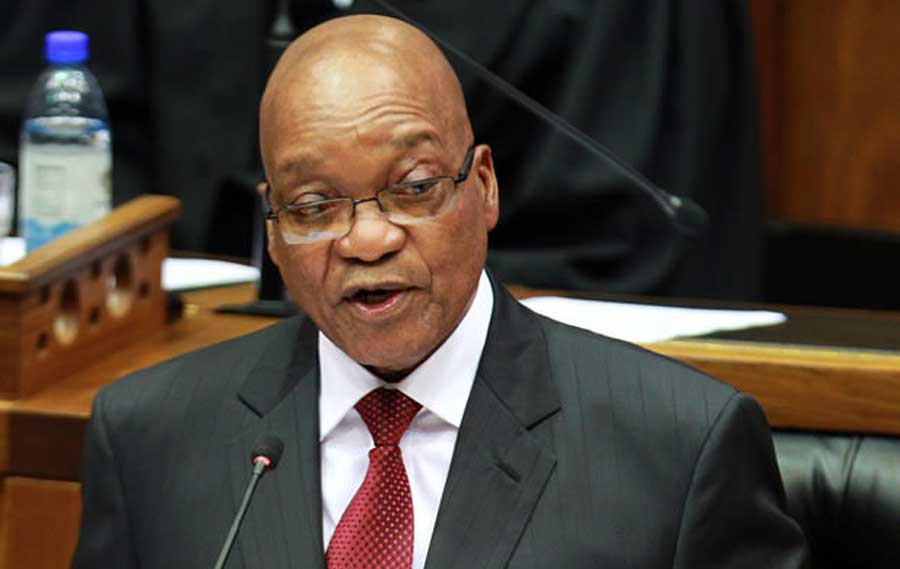 President Jacob Zuma delivers the State of the Nation Address on 13 February 2014.

PRETORIA - The Democratic Alliance and the Economic Freedom Fighters will on Thursday lay criminal charges against President Jacob Zuma following the release of the Nkandla report.

Julius Malema will lead an EFF delegation to the Sunnyside Police Station in Pretoria to lay the charge.

The DA -- led by national spokesperson Mmusi Maimane -- will do so at the Nkandla police station.

Tomorrow at 11h00, a @DA_News delegation will lay criminal charges at the Nkandla police station following the release of the NkandlaReport

Corruption Watch says it supports the Public Protectors’ call for Zuma to repay some of the money spent on upgrades at his private residence.

Thuli Madonsela&39;s report found found that some of the upgrades were not security-related.

Corruption Watch says public officials who authorised the massive spend -- estimated to be R246-million -- and flouted procurement laws should be prosecuted, publicly named and removed from public office.

The report on upgrades to Zuma&39;s homestead at Nkandla in KwaZulu-Natal contained "damning findings", she told reporters in Cape Town.

Earlier, Mazibuko said Madonsela&39;s findings showed the extent to which Zuma had been "implicated for his role in the Nkandlagate scandal", and that his actions were "inconsistent" with the Constitution.

These included that he "materially and improperly benefited from the so-called security upgrades", and that he had "tacitly" accepted their implementation.

In her report on Wednesday, Madonsela found that Zuma had "unduly benefited from the enormous capital investment" in the Nkandla upgrades.