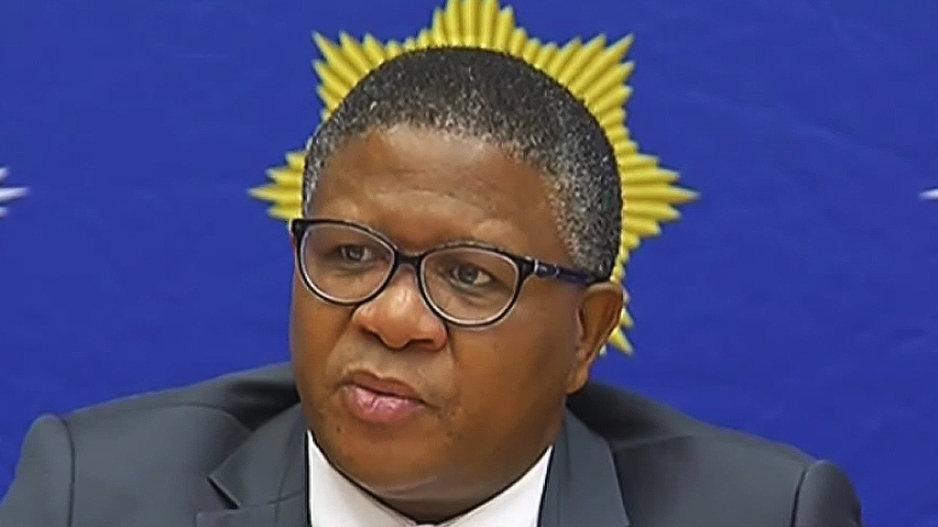 The party on Wednesday said it wanted an inquiry into how Mugabe could have managed to slip out of South Africa without facing the consequences of her alleged unprovoked violent attack on a young woman in Sandton.

Grace Mugabe allegedly whipped 20-year-old Gabriella Engels with an electric extension cord leaving the Johannesburg model with a huge gash on her face and bruises on her body.

It was grossly irresponsible for SAPS not to arrest #GraceMugabe who has access to private air travel, thus posing a flight risk.

Instead of handing herself over to police on Tuesday as arranged by her lawyers, Grace Mugabe (52) reportedly returned to Harare.

The wife of Zimbabwe’s ageing strong man Robert Mugabe (93) was expected to make a court appearance in Randburg – but she was a no-show.

The alleged attack took place on Sunday at a hotel where the first lady’s sons – Robert Jnr and Chatunga Bellarmine – are staying.

Speaking to a local radio station, Engels, who admitted to being acquainted with Robert Jnr and Chatunga through a mutual friend, said she was with two other girls in a hotel room when they were attacked by Grace Mugabe without warning.

“She didn’t say anything …,” said Engels, who added her friends were also whipped. She reported the assault at the Morningside Police Station.

Mbalula had earlier said on Tuesday that Grace Mugabe would appear in the Wynberg Magistrate’s court. He said she was not arrested because she was co-operating and had handed herself over to the South African Police Service (SAPS).

Later, court officials said she would rather appear before the Randburg Magistrate’s Court, where reporters waited in vain for hours.

After the prosecutors were seen leaving the court it became apparent she was a no-show. By then reports had begun to circulate that she had clandestinely left South Africa and her motorcade had been seen leaving the airport in Zimbabwe’s capital, Harare, headed for her plush home in Borrowdale.

DA spokesperson on police, Zakhele Mbhele, said that the DA would call for an inquiry into how Mugabe was able to leave the country when she was clearly an identified suspect in a criminal charge.

Mbhele said Mbalula clearly missed something as he was quoted as saying that Mugabe was “not under arrest because she co-operated and handed herself over to the police”, saying it was grossly irresponsible for the SAPS not to arrest her when she was a flight risk.

If Fikile Mbalula aided and abetted #GraceMugabe's escape back to Zimbabwe, what should happen?

“This only leaves us with the startling possibility that Minister Mbalula may have aided and abetted Ms Mugabe’s escape back to her mansion in Zimbabwe – a tactic to which the ANC government is no stranger as they have pulled this stunt before by letting ICC-indicted Sudanese President Omar Al-Bashir escape our country,” Mbhele said.

Do you think Minister Fikile Mbalula played a part in #GraceMugabe's escape back to her mansion in Zimbabwe?

“We especially need clarity on whether she had VIP protection assigned to her and if so, whether the SAPS, therefore, took her to her plane. Whether or not she committed to handing herself over, the SAPS should have done their job and arrested her, as they would any other ordinary person accused of the same crime. An arrest is meant to ensure the accused appears in court.”

Commenting on the matter, Zimbabwe’s official opposition the Movement for Democratic Change (MDC) said that the first lady was a “a total disgrace and a complete national embarrassment”, adding that she had conducted herself in a “thuggish, uncouth and barbaric manner”.

“Grace Mugabe is notorious for her explosive and discourteous temperament, particularly when she is dealing with people who she perceives to be powerless and under her authority. She has a penchant for abrasive and thuggish behaviour that is completely inconsistent with the decorum and decency expected of a first lady.”