DA leaves the House during SONA 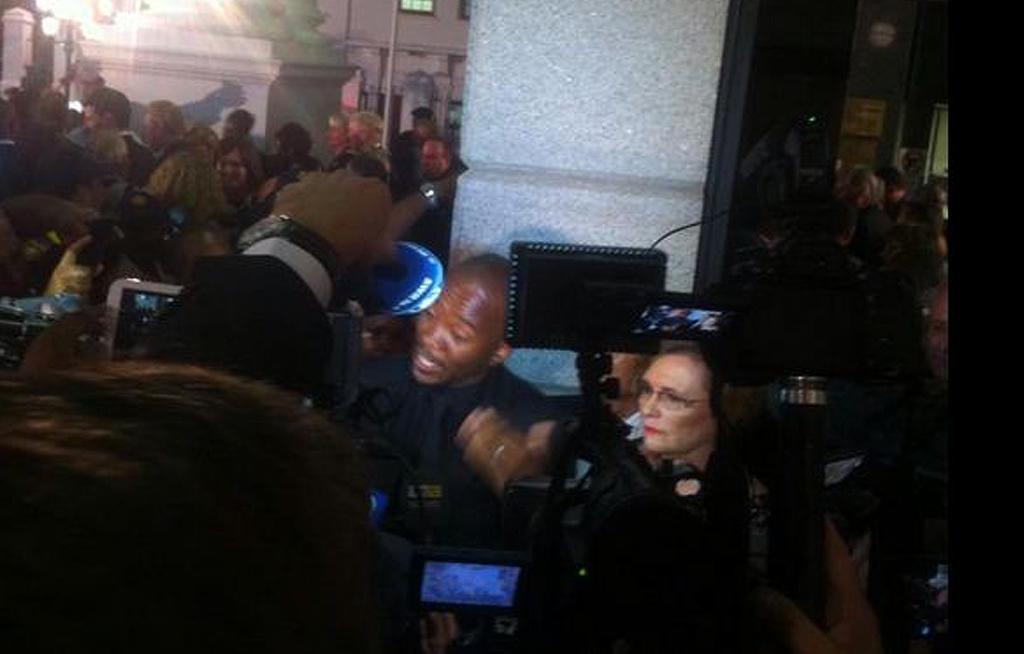 February 12, 2015 - As they exit the National Assembly voluntarily, the media scrambles for an interview with DA Parliamentary leader Mmusi Maimane and DA leader Helen Zille.

PARLIAMENT - The DA left the National Assembly at the opening of parliament on Thursday after presiding officers failed to explain whether police were used to remove EFF MPs.

DA Parliamentary leader Mmusi Maimane had demanded to know if police were used, and threatened to leave if the question wasn&39;t answered.

"To remove the members of the EFF... if by police... I request we cannot allow police to enter this chamber," he said.

"We want to be here to get the state-of-the-nation address but we cannot violate the Constitution of this country."

National Council of Provinces chairwoman Thandi Modise said he was welcome to leave but he was not being told to.

"We did not tell you to leave this chamber, if you want to take that decision take it on your own."

She explained that the parliamentary protection services were called and the security forces working with them.

"Yes it isn&39;t conventional, but it&39;s not conventional for the joint house to be turned into a question session," Modise said.

"Can we proceed please?"

She said she could not pick out who were police officers and who were not in the group who removed the MPs.

All DA members stood up and left the House.

Economic Freedom Fighters leader Julius Malema and some of his MPs were earlier escorted out the House by security after they had interrupted President Jacob Zuma&39;s speech.
Modise explained the presiding officers had a right to call in security.

"We have indeed repeatedly called on members during a joint sitting to heed the call to take a seat," she said.

She said all avenues were exhausted before security was called.

"We are also empowered... to ask for security whichever security to act... I think we should allow this house to do its business," Modise said.

SONA2015: Tonight is a national disaster for the people of South Africa - @MmusiMaimane pic.twitter.com/ZLT9YWmvh7

SONA2015: I have been clear about this and I will continue to say it, we want a Parliament that works. @MmusiMaimane pic.twitter.com/NDcZ7j8DAB

SONA2015: This all starts with a President who thinks he&39;s above the law. - @helenzille

SONA2015 .@MmusiMaimane: What happens next?! Will they deploy the SANDF to the House?!

Another video of the forceful removal of members of the EFF from Parliament by the police. S0NA2015 pic.twitter.com/BdZ6GcC1lN

When the police entered the Chamber to remove members of the opposition pic.twitter.com/PEybc5gmbn

EFF forcibly removed from house. They were assaulted, kicked and pulled. The state of the nation is chaos. @DA_News pic.twitter.com/nMH5aUv7IH