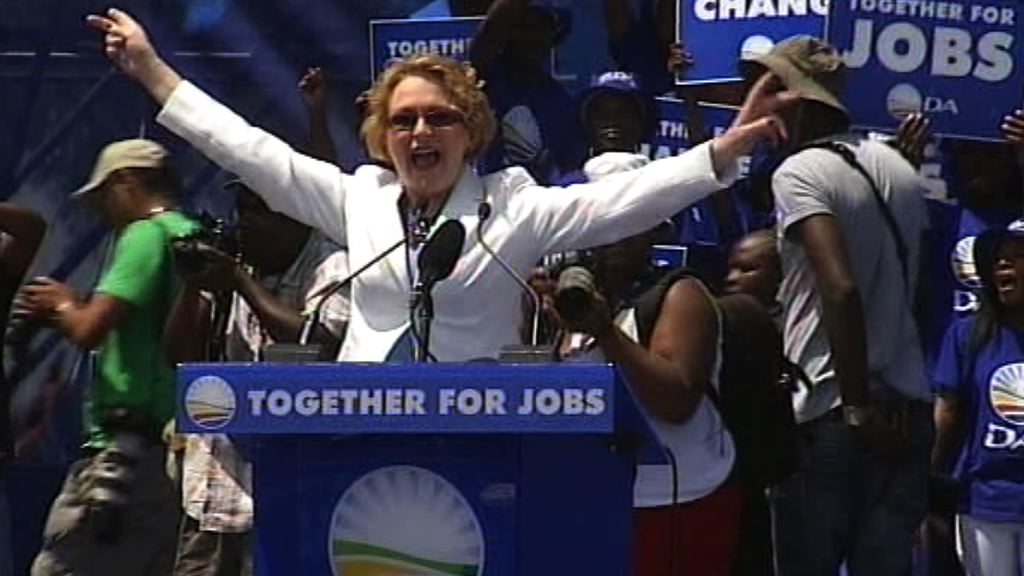 Polokwane - Democratic Alliance leader Helen Zille addressed a crowd of supporters in Limpopo on Sunday, when she presented the party&39;s election manifesto to the nation ahead of the 2014 General Elections.

*Above, we&39;ve presented her entire speech in seven parts, which you can watch in the gallery.

The Democratic Alliance&39;s Parliamentary leader Lindiwe Mazibuko criticised the ANC for being too lax on issues of corruption. "Unlike Zuma&39;s ANC, the DA has a zero tolerance approach to corruption. We&39;re going to prevent ministers and public servants and their immediate families from doing business with the State. And we will prevent any person who has been convicted of corruption from holding public office."

During her address, Zille praised South Africa&39;s first democratically elected president Nelson Mandela. "Nelson Mandela&39;s passing reminded us of the invincible spirit of the South African people. We were reminded of our ability to work together and to triumph over adversity."

She also praised Mandela and his successor in government Thabo Mbeki for heralding in a new life for formerly oppressed South Africans.

"The new government that came into office in 1994 had enormous challenges to face to reverse the legacy and injustice of the past and create a better future for all. Those early days of democracy were not perfect and there is no government that is perfect anywhere in the whole word. But things did change and they changed for the better."

But, her praise of the ANC stopped there. In her reference to Jacob Zuma, Zille said the ANC of Mandela&39;s time was a different ANC to the one that exists today. "In those days, most people believed  that South Africa was going in the right direction. But then the tide turned. In December 2007, things changed right here in Polokwane. The ANC elected a new leadership. President Mbeki was recalled from office just a few months later. And then, and then, friends, charges against President Jacob Zuma on 783 counts of corruption were dropped. That was the moment when a great political movement lost its sense of direction in this country. It was hijacked by leaders who care more about themselves than they do about the people they are meant to serve."

Watch her full address in the gallery above.