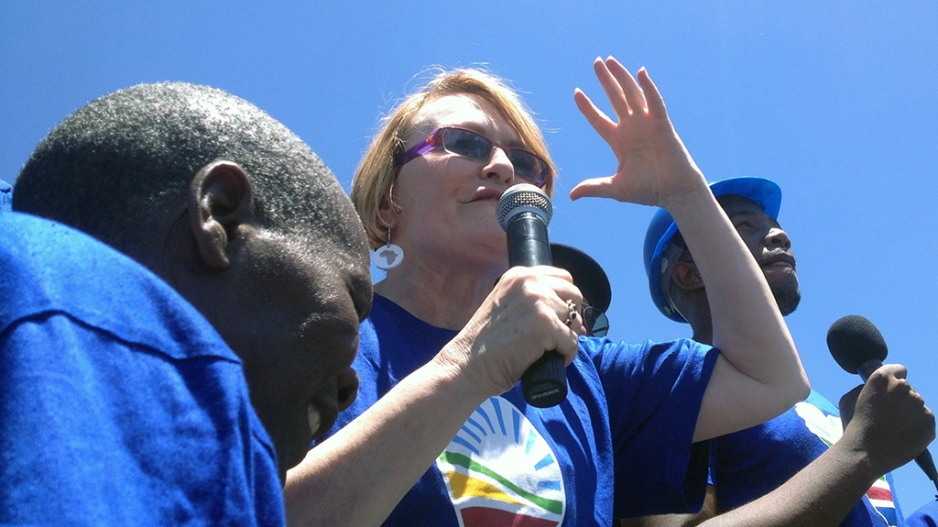 JOHANNESBURG - The DA’s march to the ANC headquarters in central Johannesburg on Wednesday ended in chaos.

The day began with the ANC attempting to obtain a court order to keep the DA 100 metres away from Luthuli House.

Despite an agreement by both parties to stay out of each other’s way, it soon became clear that the march would not proceed peacefully.

According to DA spokesperson Mmusi Maimane, “our intention always has been that we want this march to be peaceful. We’ve provided security, we’ve provided for every different aspect. We’ve spoken to our members, in fact, I’ll be re-emphasising this fact that this is a peaceful march. The jobs message must not be lost.”

The ANC was not happy about the march.

"It cannot be a wise step for any party to want to march to another party office. Very ill informed, very dangerous, very risky," the ANC’s Jackson Mthembu said.

Before the march had begun, ANC members had taken over Beyers Naude Square.

Authorities say ANC members had no permission to march.

Forty minutes into the march, a confrontation occurred.

According to DA leader Helen Zille, "the ANC was coming down and they wanted to block us off, when we came up against the police, the ANC started throwing petrol bombs and other missiles at the police."

Under threat, the DA cancelled the march.