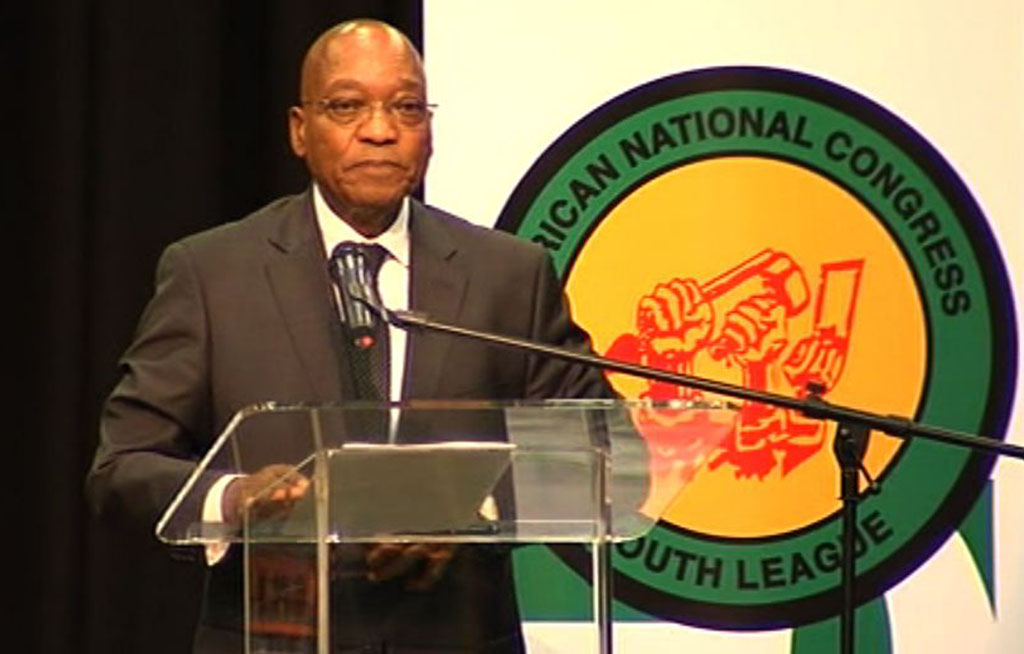 President Jacob Zuma addressed delegates at the African National Congress Youth League's an nual congress in Soweto. He spoke of the league's history and said, "The Youth League is not an end in itself."

CAPE TOWN - President Jacob Zuma has failed to lead South Africa, especially when it comes to the economy, the DA said on Monday.

He was presenting the party&39;s end-of-year "Cabinet Report Card", in which the DA scored Zuma one out of 10, and his cabinet an overall four.

Maimane said the report card was based on a "comprehensive assessment" of Zuma&39;s performance -- and that of his "bloated" cabinet -- since May, following the general election.

Among other things, Zuma had ducked any responsibility for the scandal around the spending on his private homestead at Nkandla, in KwaZulu-Natal, had failed to hold the state to account for the R30 billion lost to corruption each year, and had failed to lead on South Africa&39;s most crucial issue, that of the economy.

DA deputy chief whip Mike Waters said next year would be make or break for Zuma.

"All in all, cabinet is not performing well.... South Africa faces an unprecedented number of serious challenges, and South Africans are struggling to make ends meet.

"President Jacob Zuma&39;s state-of-the-nation address next year will be make or break for him."

Maimane said it was becoming harder and harder for South Africans to find work.

Responding to questions about Finance Minister Nhanhla Nene&39;s score of six out of 10, Maimane said he faced a tough job in that the state was incapable of efficiently running its own budget.

"He faces a tough job of having to say where are the areas he can cut [spending]; he [also] faces the prospect next year of a tax rate hike."

"Next year, his job is going to be even tougher, in a world where South Africa is running out of money. And so what we&39;re seeing is that the deficits on the budget will soon be realised as cash deficits..."

This would result in the state&39;s capacity to deliver on its mandate becoming progressively hampered, particularly around issues of service delivery.

Responding to questions, Maimane said South Africans were starting to feel the pinch.

"If I was an investor..., I would say things have got worse, not better.

"That has to do with an increasing level of unemployment... and service delivery protests. South Africans are starting to feel the pain."

The government, as a whole, was leaderless.

"It&39;s been an ANC that has been focused on dealing with the scandals... and the defence of President Jacob Zuma."

The top-scoring cabinet member was Science and Technology Minister Naledi Pandor, who was awarded eight out 10.