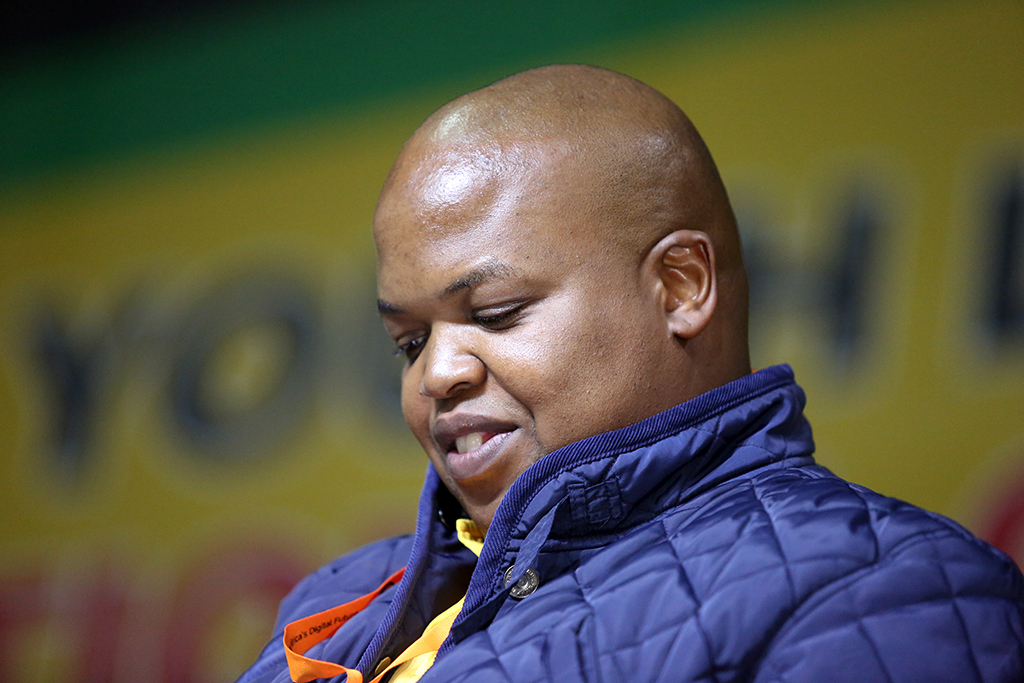 ANCYL President Collen Maine is seen on stage during the league's congress held in Midrand on 05 September 2015. He was elected unopposed to lead the ANCYL.

Maine made the call at a pro-Zuma march in Durban organised by the ANC’s eThekweni region on Saturday, DA Students Organisation (Daso) Leader Yusuf Cassim said in a statement.

Maine called on “comrades from Umkhonto we Sizwe [MK], bring your guns. Now is the time to defend the revolution. We must do it. Generations that came before did it. They sacrificed their lives”. Maine also tore into Zuma’s detractors, calling them “snakes who surround” the president “trying to bring him down”.

Maine’s statements were dangerous, callous, and irresponsible, Cassim said. They were in direct contravention to the Constitution, which in Chapter 2 section 16 stated that: “Everyone has the right to freedom of expression, which… does not extend to — (a) propaganda for war; (b) incitement of imminent violence; or (c) advocacy of hatred that is based on race, ethnicity, gender or religion, and that constitutes incitement to cause harm.”

Cassim said many South Africans had fought and died for a democratic South Africa, at peace with itself and the world. To call for violence went against everything the struggle for democracy represented.

“It is telling that at a time of profound crisis for young South Africans, with universities shutdown and youth unemployment rapidly rising, the ANCYL is more concerned with protecting Jacob Zuma than the plight of our youth.

“The ANCYL is an irrelevant organisation, existing only as a lobby group for ANC factions that are unethical enough to call on their support when it suits them. We trust that the SAPS [South African Police Service] will investigate this matter fully and that the NPA [National Prosecuting Authority] will find the courage to act without fear or favour in pursuing this case as well,” Cassim said.