DA to meet speaker over military presence at Sona 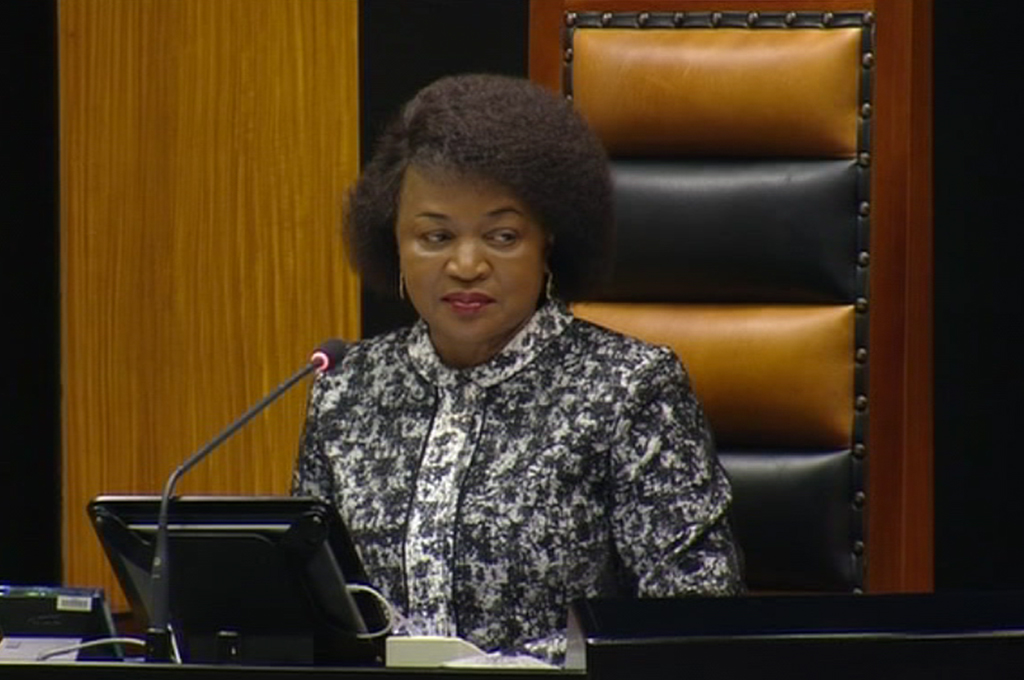 Parliament, 05 April 2016 - Speaker of Parliament Baleka Mbete was told to step down and recuse herself from the National Assembly on Tuesday afternoon.

JOHANNESBURG – The DA on Wednesday said it “condemns, in the strongest terms possible, the militarisation of this year’s State of the Nation Address by President Jacob Zuma” and was seeking an urgent audience with the Speaker over the matter.

Reacting to the announcement, John Steenhuisen DA Chief Whip said: “This announcement is deeply concerning. President Zuma’s deliberate use of the words ‘law and order’ in his statement points to an excessive use of the army outside of their ceremonial role in the annual fanfare of the opening”.

The deployment of 441 members of the SANDF to maintain law and order will cost the state R204 153.#SONA2017 pic.twitter.com/M0YyffmNtZ

Steenhuisen added: “I will accordingly seek an urgent meeting with the Speaker of the National Assembly, Baleka Mbete, as the Head of the Legislative arm of the State, over this worrying development and seek a definitive response on behalf of Parliament that this sort of conduct will not be tolerated by the executive”.

He said the move by the President should be seen in the context of his recent desperate attempts to ensure that he is protected from the criticism.

After the address, Zuma is expected to proceed to the Grand Parade, where ANC supporters will be waiting to hear from him.

“No doubt the President hopes to use the SANDF as free security protection for his private party commitments on the day,” said the DA chief whip.

These are only the circumstances under which Zuma is empowered to authoriae employment of the army. #SONA2017 doesn't meet any of these. pic.twitter.com/eRl5i7wPbh

“The DA will not stand by and allow for the ‘people’s parliament’ to be turned into a security-state show of force, meant to intimidate opposition both inside and outside of the ANC.

“Our message to President Zuma tonight is clear: no number of SANDF soldiers will deter us from holding you accountable in Parliament this week, or any other day of the year. We will not be intimidated.”

Sure there was a time in SA history when the army was called in to help maintain 'law & order'. It was a time called 'apartheid'. #SONA2017