DA to protest outside Parliament over axing of SABC journalists 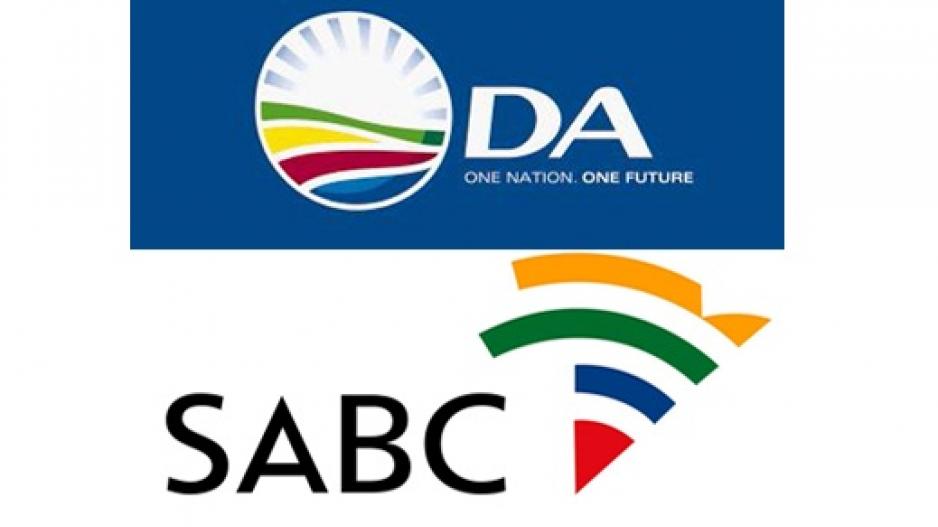 The SABC has opposed the matter brought by the Democratic Alliance (DA) to the South Gauteng Court, regarding the broadcaster refusal to air the partys federal congress live on the SABC 2 platform which will take play over the weekend.

JOHANNESBURG – The Democratic Alliance was expected to picket outside Parliament on Tuesday against the dismissal of four journalists by the SABC.

"The DA is appalled at the firing of four of the SABC 8 – Jacques Steenkamp, Krivani Pillay, Foeta Krige and Suna Venter. It would appear that the SABC staffers were fired for slighting SABC COO Hlaudi Motsoeneng’s fragile ego by allegedly ‘undermining the SABC and the authority of its management’," DA national spokeswoman Phumzile Van Damme said.

"It is clear that the wrecking ball that is Hlaudi Motsoeneng is going to continue smashing through the integrity of our country’s public broadcaster, and do so with the tacit support of the ANC. As such, we will be picketing for the reinstatement of these SABC staffers and for Parliament’s intervention in the ongoing crisis at the SABC."

The DA initially planned a picket calling on the ANC’s chief whip, Jackson Mthembu, to support its call for an urgent meeting of Parliament&39;s portfolio committee on communications to consider the ongoing crisis at the SABC.

Van Damme said the DA would include a memorandum calling for the reversal of the dismissals.

The memorandum would be delivered to the ANC offices in Parliament as well as the office of Communications Minister Faith Muthambi.

"The DA will continue to work tirelessly to safeguard media freedom and against the capture of the SABC by the ANC. We encourage the rest of South Africa to do the same," she said.

On Monday night, the SABC dismissed four of the journalists who had been suspended and against whom disciplinary action initiated.

We will work tirelessly to safeguard media freedom & mobilise against Hlaudi Motsoeoeng’s censorship!

Trade union Solidarity said journalists were dismissed with immediate effect and without hearings.

Solidarity said it had served papers on the Labour Court asking that the journalists’ suspensions and disciplinary hearings be suspended pending the rulings in the various legal processes against the SABC’s censorship policy.

Solidarity said that the SABC was supposed to indicate by 5pm on Monday, July 18, whether it would oppose the court action.

"Instead of following court processes, the SABC has dismissed the journalists unilaterally and without a hearing, informing them in a letter of their dismissal with immediate effect," the trade union said.

"This coming Thursday Solidarity was due to appear before the Labour Court to obtain an interim interdict against the suspensions and disciplinary processes. The trade union will now also amend its appeals to court, also requesting that the decision to dismiss the journalists be set aside as a matter of urgency."

SABC spokesperson Kaizer Kganyago was not immediately available for comment.

Some of the journalists were charged after sending a letter to Motsoeneng objecting to the direction the public broadcaster had taken.

Others were suspended after they publicly spoke out against the "censorship" of news championed by Motsoeneng at the SABC.

Motsoeneng and the SABC board have come under fire from journalists, unionists, rights bodies, opposition parties and the ANC over their stance which has been equated to censorship.

In the wake of the outcry, the SABC has insisted it will not reverse its ban on visuals of violent protests. The public broadcaster has even rejected the Independent Communications Authority of South Africa recommendation to lift the ban.

The SABC has since indicated that it will challenge the ruling "even to the highest court".