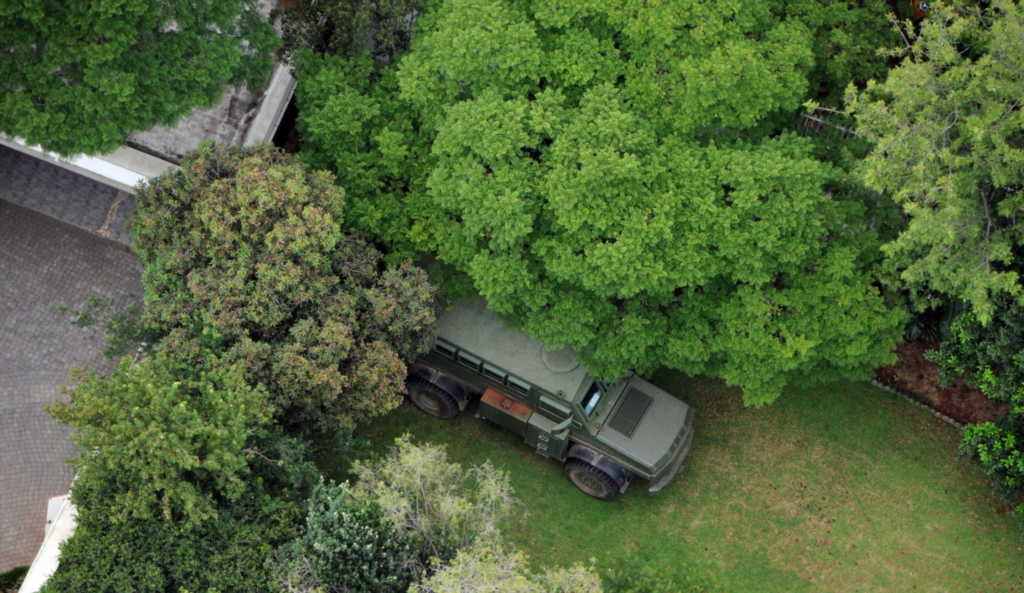 An armoured vehicle is seen at the Gupta family compound at Saxonwold during anti-Zuma protests on April 07, 2017 in Johannesburg

The DA would ask Minister in the Presidency and National Conventional Arms Control Committee (NCACC) chairman Jeff Radebe to seek confirmation on whether or not the Gupta family had permission to own the armoured military vehicle, DA spokesman Kobus Marais said.

“It is illegal for ordinary citizens to own military technology and it is therefore deeply concerning that this armoured vehicle is currently stationed at a private residence. The Gupta family lawyer Gert van der Merwe has confirmed that the armoured vehicle does indeed belong to the Guptas and it is being used for ‘safety purposes’,” he said.

Media reports indicated that the vehicle was manufactured by Scipio Technologies, a Boksburg-based company in which the Gupta family owned a stake. Scipio Technologies was apparently registered with the NCACC and was therefore permitted to manufacture vehicles for military use but was prohibited from selling them to private individuals.

“Should minister Radebe confirm that the Guptas do not have permission to own this vehicle he must make public the actions that will be taken to ensure that the Guptas are held to account,” Marais said.

Here's the Whatsapp I received from Gary Naidoo (The New Age Managing Ed + Sahara Dep MD) after I asked about the #Gupta armoured vehicle. pic.twitter.com/JSmbXHob25

Earlier on Sunday, City Press reported that the Gupta family believed the police could no longer protect them from furious protesters and were now keeping an armoured military vehicle on their property in case they needed a quick escape.

The newspaper reported that Radebe had confirmed the matter would be reported to the police. Radebe confirmed nobody may own a vehicle intended for military use unless it had been demilitarised.