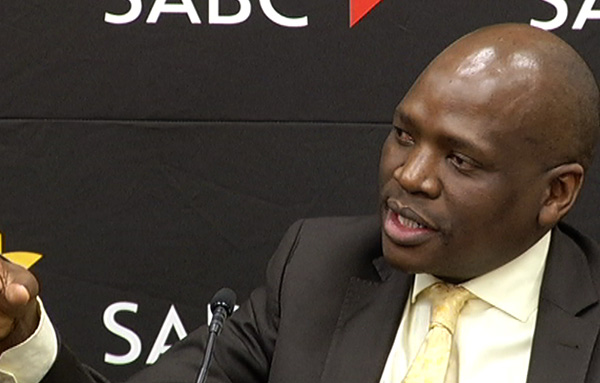 Johannesburg, 24 October 2014 - The Western Cape High Court has ruled that SABC Chief Operating Officer Hlaudi Motsoeneng is to be suspended.

JOHANNESBURG – The SA Broadcasting Corporation (SABC) has spent R6.7-million on its own choir in just two years, and will spend a further R3.7-million next year, the Democratic Alliance (DA) said on Thursday.

The party garnered the information from a parliamentary question it asked.

Van Damme said that in her reply to the parliamentary question Communications Minister Faith Muthambi  “claims that the choir no longer sings these songs; the DA has it on good authority that the choir continues to do so, and did so as recently as last month”.

The DA called for the disbanding of the choir as a means of cutting unnecessary costs at the SABC.

“It makes absolutely no sense for the SABC to have an in-house choir, particularly if it exists to inflate Mr Motsoeneng’s ego. There are plenty of talented choirs in South Africa that can be commissioned by the SABC should the need arise,” said Van Damme.

“The choir is not the only body at the SABC forced to sing Mr Motsoeneng’s praises.  SABC stations have been instructed to play on high rotation a song by Mzwakhe Mbuli and other local artists praising Motsoeneng for his 90% local content decision.

Listen to the song at https://m.soundcloud.com/otsile-ntsoane/sabc-thank-you-song-mzwakhe