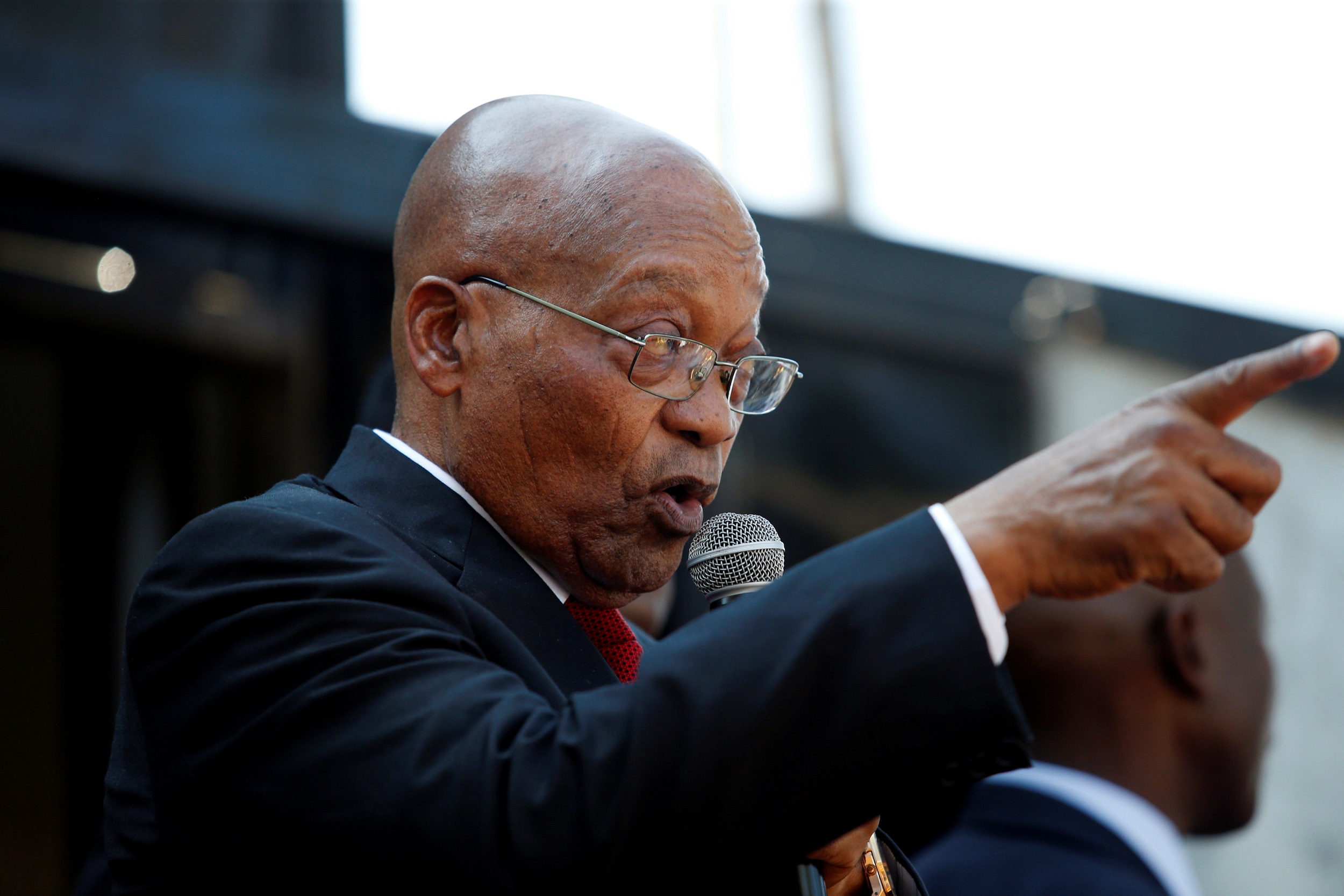 Jacob Zuma addresses his supporters outside the high court in Durban.

CAPE TOWN – The Democratic Alliance on Friday welcomed the Presidency&39;s decision to withdraw the appeal against the court ruling ordering former President Jacob Zuma to personally pay the legal costs for trying to block the release the State of Capture report.

The chairman of the DA&39;s federal executive, James Selfe, said the fact that Zuma would now personally pay the legal fees incurred when he sought to stop the release of Thuli Madonsela&39;s "State of Capture" report, which delved into the relationship between the Gupta family and state-owned companies. The official opposition estimates the cost at R10 million.

The Presidency confirmed on Friday that it had decided not to pursue an appeal, launched by Zuma before he was forced to resign in February, against the North Gauteng High Court&39;s dismissal of his challenge to Madonsela&39;s directive on the appointment of a judicial commission of inquiry to probe state capture.

READ: Zuma tells supporters charges against him are political

The court had ruled that his application had been ill-advised and that he should personally pay the legal costs. President Cyril Ramaphosa&39;s office confirmed that the appeal against this part of the judgment also fell away.

Selfe said Zuma should also be made to pay back an estimated further R15-million spent to fight the reinstatement of corruption charges against him in the long-running legal battle dubbed the "Spy Tapes" case.

The former president spent more than eight years opposing the DA&39;s application for review of the 2009 decision to drop charges stemming the country&39;s 1999 arms deal and lost in the end, on Friday appearing in the Durban High Court on fraud, corruption and racketeering charges.

"While this is a victory for ordinary South Africans who have been made to pay for the ANC’s mistakes for far too long, the question of who will pay the R15.3 million in legal fees pertaining to the ‘Spy Tapes’ decade-long saga, still remains," Selfe said.

WATCH: Zuma in the dock

In March, the DA filed papers with the North Gauteng High Court asking that it declare the agreement between the presidency and Zuma, to cover the legal costs incurred by him for his criminal prosecution be reviewed, declared invalid and set aside.

"We also requested that the court order that the R15.3-million already spent on the litigation be refunded," Selfe said.

"Zuma has already cost our country dearly. Ensuring that he personally pays the cost of his frivolous legal fees for the State capture report is only half the battle."

Selfe said Zuma should not be given a cent in state assistance for his upcoming trial, set to start on 8 June.