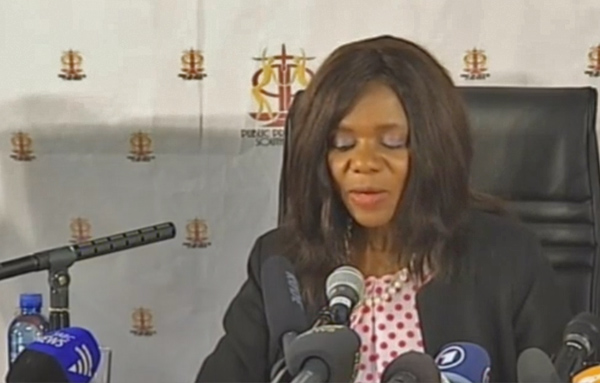 PRETORIA - President Zuma’s immediate family members will benefit improperly from upgrades made at his private residence in Nkandla, northern KwaZulu-Natal.
This is one of the many damning findings made in Public Protector Thuli Madonsela’s report into the allegations of impropriety and unethical conduct relating to the installation and implementation of security measures by the Department of Public Works at the private residence of the president.
"President Zuma wore two hats," Madonsela explains in the report. "On the one hand he was the guardian of resources of South Africa in addition to being the beneficiary of public privileges."
"He should have asked questions regarding the scale, cost and affordability of the Nkandla project."
In his failure to protect the state’s resources the Nkandla report also finds that Zuma has violated the executive ethics code, which is improper behaviour for a cabinet member.
The building of the non-security measures implemented such as the visitor centre, swimming pool, amphitheater, cattle kraal and chicken run "went beyond what was reasonably required for his security", said Madonsela.
The construction of these as well as extensive paving involves unlawful action and constitutes improper conduct and maladministration.
These features, along with a private medical clinic, will benefit the family for a long time as it will require maintenance, supplies and permanent human resources for as long as it exists – possibly beyond the president’s lifetime.

Major non-compliance with regulations in the Cabinet policy of 2003 and the National Key Points Act of 2010 was found and this is led to maladministration and improper use of funds.
The report finds that the State violated the Constitution by reallocating funds from the Public Works department’s service delivery budget.
The conduct of ministers in the departments of Public Works and Defence was scrutinised in the report.
In terms of remedial action the Public Protector is requiring Zuma to pay a reasonable percentage of the cost incurred by the State for elements that don’t relate to security.
He is expected to report to the National Assembly regarding the report within 14 days.

Listening to Thuli Madonsela&39;s report & asking myself how ANYONE could vote for a party that has Jacob Zuma as its leader. NkandlaReport.

Somewhere Mac Maharaj is banging his head against a wall, again NkandlaReport