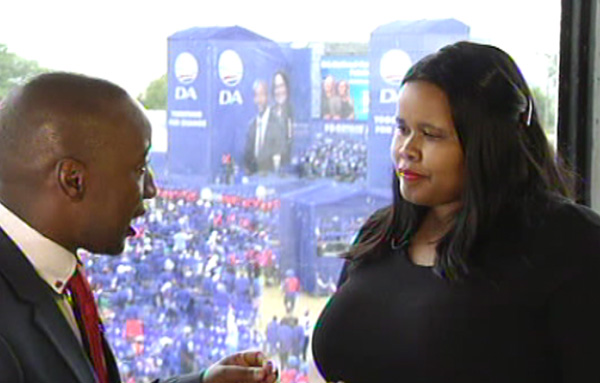 DA&39;s parliamentary leader Lindiwe Mazibuko comments on the strength of the party on Sunday as the DA prepares to launch their election manifesto.

"As a party we are strong. We are stronger than we have ever been in any other election and we are ready to move forward," Mazibuko said.

*Watch the videos in the gallery above to see eNCA reporter Thulasizwe Simelane interviewing Lindiwe Mazibuko at the Polokwane showground.