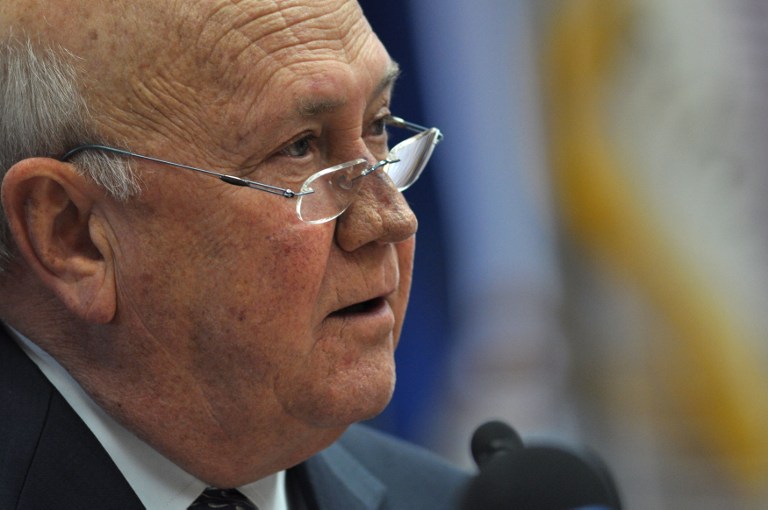 File: FW De Klerk in 2010 holds a conference commemorating the 20th anniversary of his historic address to parliament announcing the release of Nelson Mandela.

JOHANNESBURG - The RhodesMustFall movement at Oxford University has criticised former president FW de Klerk for his views about Cecil John Rhodes, calling him an apartheid apologist.

It says his call for the statue of the British colonialist to stay was misguided.

"We do not commemorate historic figures for their ability to measure up to current conceptions of political correctness, but because of their actual impact on history," added De Klerk, who was instrumental in ending apartheid.

The Economic Freedom Fighters responded to the letter, calling on the Nobel Peace Prize Committee to withdraw the prize awarded to De Klerk, alongside former president Nelson Mandela.

The party said his comments show that “De Klerk thinks there was a time when apartheid or colonisation was politically correct, which renders his apologies for it futile”.

Three thousand people have signed a petition to remove the statue from Oriel College.

Oxford University is still deciding on the future of the statue.