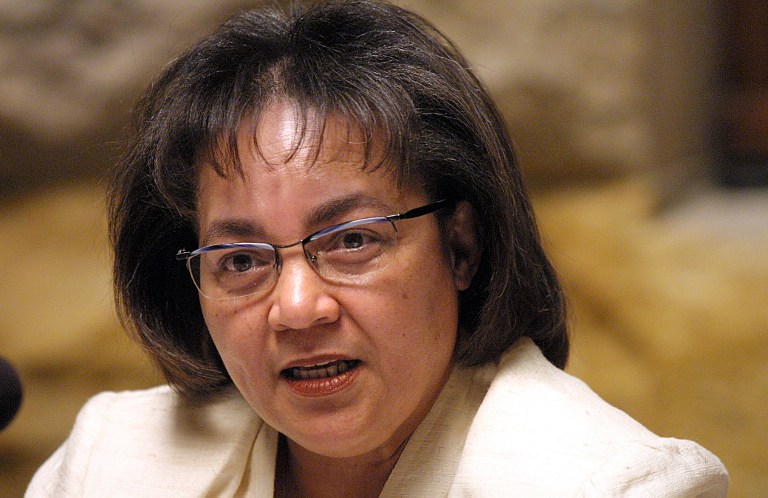 The claim was made in an e-mail written by arms deal critic Terry Crawford-Browne to journalist Yazeed Kamaldien on Thursday morning.

"Dear Yazeed. I have no difficulty with Patricia de Lille denying that she told me that Winnie (Madikizela) Mandela was the leader of the ANC MPs who opposed the arms deal," lawyer Marumo Moerane read from the e-mail at the inquiry&39;s public hearings in Pretoria.

"I received this from other sources.

"Patricia and I know that the importance of the De Lille dossier was not its content, but the hysteria it evoked in government. Patricia has brilliantly used that bizarre document to fashion a political career, including her present position as mayor of Cape Town."

Crawford-Browne confirmed he wrote the e-mail.

Crawford-Browne was asked to tell the inquiry who told him about Madikizela-Mandela&39;s opposition to the arms deal.

"It is the late Bheki Jacobs and a couple of his associates. They are now also deceased. It is sadly true. There have been a number of deaths associated with the arms deal," said Crawford-Browne.

"I have heard from other sources that Ms Mandela was the leader of the Members of Parliament opposed to the arms deal."

On Tuesday, De Lille distanced herself from Crawford-Browne&39;s remarks that ANC stalwart Madikizela-Mandela was one of the "concerned MPs" who leaked information on the 1999 arms deal.

"I would like to put it on record that I did not tell Terry Crawford-Browne that Winnie Madikizela was one of the concerned ANC MPs who handed me the documents," she said in a statement issued in her capacity as a former MP.

Crawford-Browne said information in the so-called "De Lille dossier" had been assembled by ANC intelligence operatives working with the party&39;s MPs.

"In the months before the supply agreements were signed, ANC whistleblowers produced boxes of documentation to support allegations of corruption and fraud," said Crawford-Browne.

De Lille testified at the inquiry this year and handed in her dossier as evidence.