Cause of deadly Joburg fire unknown 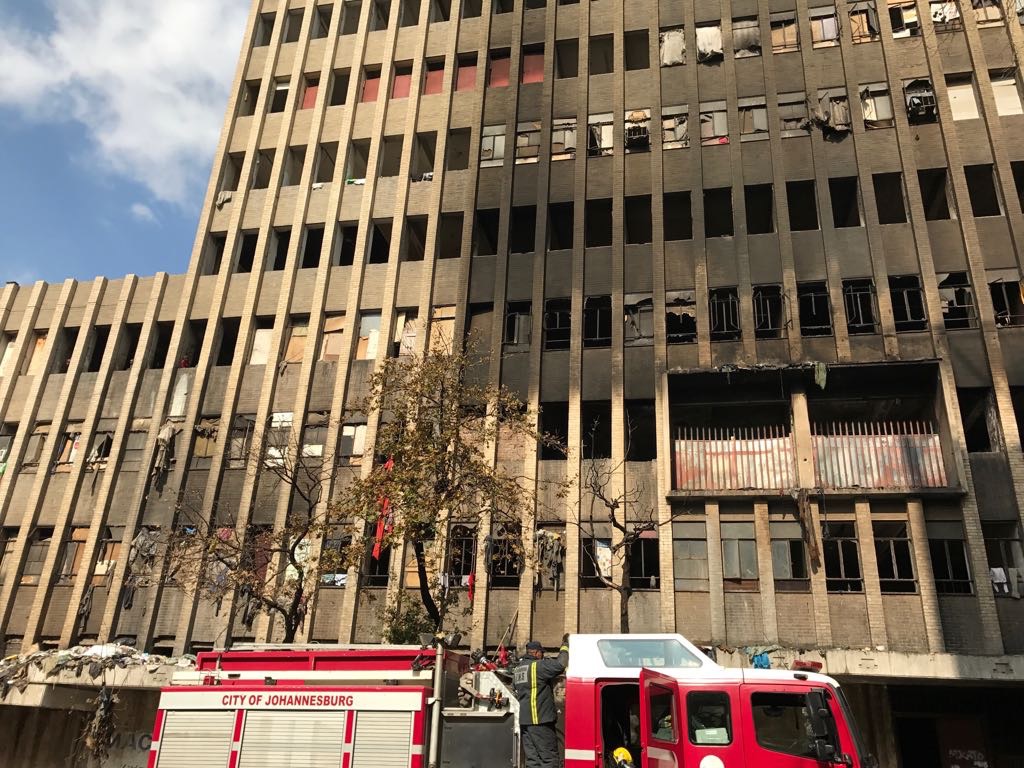 Seven people were killed after a fire broke out in a building in central Johannesburg on Wednesday morning.

JOHANNESBURG – Authorities are still unsure about how a deadly fire in a building in the Johannesburg inner city started.

Seven people died and 50 others were rescued from the rooftop of the City York building on Jeppe and Nugget streets in central Johannesburg after the third floor caught alight on Wednesday morning.

One person died after jumping out of the burning high-rise building, while the other six burnt to death.

A local councillor said this was not the first fatal fire in the building.

“According to my knowledge this building was bought by the Bank of Mozambique, and the first time there was a fire here was in 2013. Four people died in that fire,” said councillor Nokuthula Xaba.

I call on the Cape York "Myamandawo" building that cost the lives of 7 people to be demolished. I visited the place - it's hazardous. pic.twitter.com/wn1LUbRYuX

One resident who managed to escape the fire said she had been woken up by loud calls telling her there was a fire.

“It was just chaos as we were trying to get out. People were jumping out of the windows, there was smoke, and it was dark inside. We are using candles and generators for light. There is no water,” the woman told eNCA.

Johannesburg Mayor Herman Mashaba said that he was deeply saddened that lives were lost in the fire.

He lashed out at those criticising the city's government for wanting to condemn such buildings.

“I am actually angry at the lawyers, calling themselves human rights lawyers on a daily basis. As we are trying to find a solution to the problem, they criticise us about out concerns over the buildings.”

Six fire engines and 34 firefighters worked to control the blaze and rescue residents trapped inside the building.

Some residents said leaking petrol from a generator might have been the cause of the fire.

Mashaba, who was at the scene, sent his condolences to the families of the residents who lost their lives and wished the seven residents who were taken to hospital a speedy recovery.

“The cause of the fire is still unknown and is being investigated by the law enforcement authorities. The building has been declared a crime scene for the duration of this investigation; we have agreed with the building’s owner that it will be sealed once the investigation is complete,” Mashaba said.

“Unfortunately, today, alongside the MMC for Safety, councillor Michael Sun, and officials from EMS and Johannesburg Metro Police Department (JMPD), was not my first encounter with the Cape York building.

“Less than two months ago I accompanied JMPD and the SA Police Service as part of a raid of the building in search of 13-year-old Kitso Mothibe. The same building was again raided by the SAPS recently.”

Mashaba said the City of Johannesburg was facing a major housing backlog estimated at 300,000 units, and an average delivery of only 3,500 housing units a year.

“Making matters worse, slumlords are using our residents’ desperation to their advantage by extorting huge sums of money from those who turn to them for shelter, even under the most horrible of living conditions,” Mashaba said.