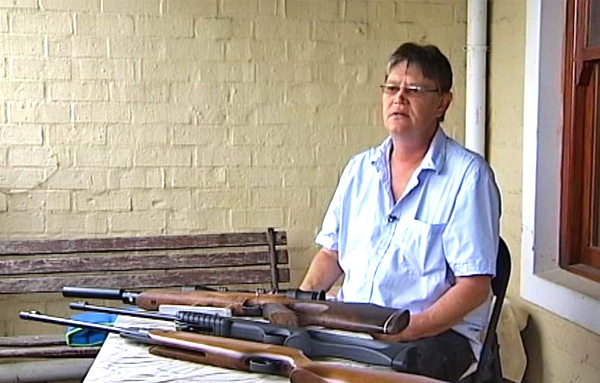 Johannesburg - Police are investigating the death of a 45-year-old woman who was allegedly killed with an air-rifle in a freak accident on Christmas eve. It&39;s believed the woman’s 12-year-old daughter accidentally shot her with a gift bought for the woman&39;s son.

eNCA has reliably learned that a pellet hit a main artery under her arm, causing her to pass away on the same night.
The incident has sparked debate about how dangerous the weapon really is, particularly since it is mainly used for recreation in South Africa and does not require a gun license to own.
Joe Meintjes, chairman of the Elcaprisco Air-Rifle club in Cape town, told eNCA he believes the rifle is very safe,  even in the hands of children as young as six-years-old. “We allow them (to shoot at the school) from the age of six. Then, it’s completely under their father&39;s supervision or parents supervision until the age of 17.”
Meintjes was shocked about the accident, in which just one pellet from the air-rifle was fatal. He said: "I suspect it could be a more powerful rifle than the one we use for target shooting. I suspect. I’m not saying it is, because these cannot kill people.”
The law stipulates that while a permit does not need to be obtained, an air-rifle may not be fired in a residential area. “In the United States they have no regulations on their rifles whatsoever. You’re allowed to shoot with it. You can buy any calibre you want. It&39;s open for anyone. That
is not the case in South Africa.”
Meanwhile, police have not revealed any further details of the case. An inquest docket has been opened for investigation purposes.