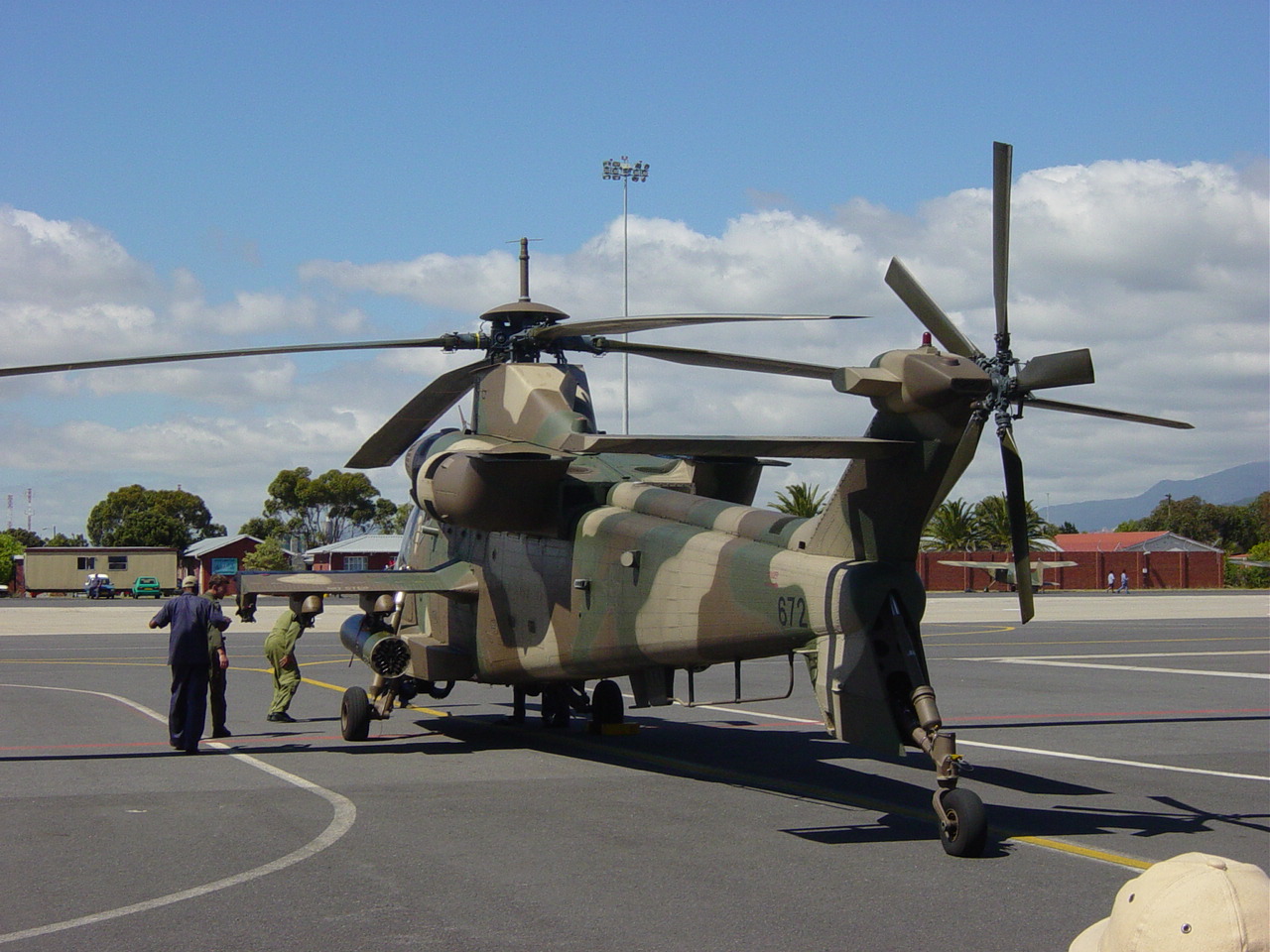 A Denel Rooivalk on the runway at Ysterplaat Air Force Base.

JOHANNESBURG – State-owned defence conglomerate Denel on Thursday sought to refute allegations that it had been co-opted by the Gupta family to give a R1-billion contract to VR Laser instead of LMT Holdings, which has cried foul and turned to the high court.

"Denel wish to respond to the adverse reporting which was carried by certain publications today," Vuyelwa Qinga, Denel communications officer said in a statement.

"Denel categorically deny that it is captured by the Gupta family."

Earlier on Thursday, Times LIVE reported that a South African military contractor had raised allegations of state capture before the Pretoria High Court. The shareholders of LMT Holdings filed an urgent application on Wednesday to challenge the awarding of the R1 billion contract for the Hoefyster programme to VR Laser.

LMT Holdings is a local vehicle engineering and manufacturing company that is 51 percent-owned by Denel.

LMT Holdings founder Stefan Nell alleged that, according to the contract, LMT would be awarded the design and manufacturing contracts for the Hoefyster project, which would generate an estimated income of approximately R100-million a year for a period of 10 years.

The deal was ratified by the Treasury and the minister of public enterprises in 2012.

But Nell, in court papers, argued that there had been political motive and meddling to ensure that Denel awarded the remaining Hoefyster contracts, previously promised to the LMT Holdings, to VR Laser, which is affiliated to the Gupta family and President Jacob Zuma’s son Duduzane.

Qinga though denied this, saying the contract that Nell was alleging had been given to VR Laser at the expense of LMT dated from well before the appointment of current Public Enterprises Minister Lynne Brown, the board and the acting executives.

"The then executive directors of Denel who were board members of LMT at the material times, as alleged by Mr Nell as having acted in violation fiduciary duties, are no longer in Denel’s employ or have been suspended," Qinga said.

In his court papers, Nell had said LMT was struggling to pay salaries for its 250 employees and suppliers because the funding it has received from Denel was "wholly inadequate", leaving the company in "dire financial straits".

He said the salaries of workers could be saved by a R200-million cash injection, and asked the court to rule in favour of the appointment of a business rescue on an urgent basis.

But Denel said it was opposing Nell’s business rescue application.

"Denel is opposing Nell’s business rescue application because there are no grounds for such in law, Denel has been single handedly loaning money to LMT to fund its operations despite the obstructionist conduct of Nell," Qinga said.

Qinga said Nell alleged to have investors who were prepared to invest vast amounts of money in the business but yet he did not want to disclose such persons. She went on to make the counter claim that politicians were seeking to obtain Denel shares through the business rescue package LMT is seeking.

"Denel is aware that a certain politician is attempting to loot Denel shares at LMT, the attempts by the said politician to hijack Denel shares using business rescue proceedings via Mr Nell will be vigorously opposed and will not succeed."