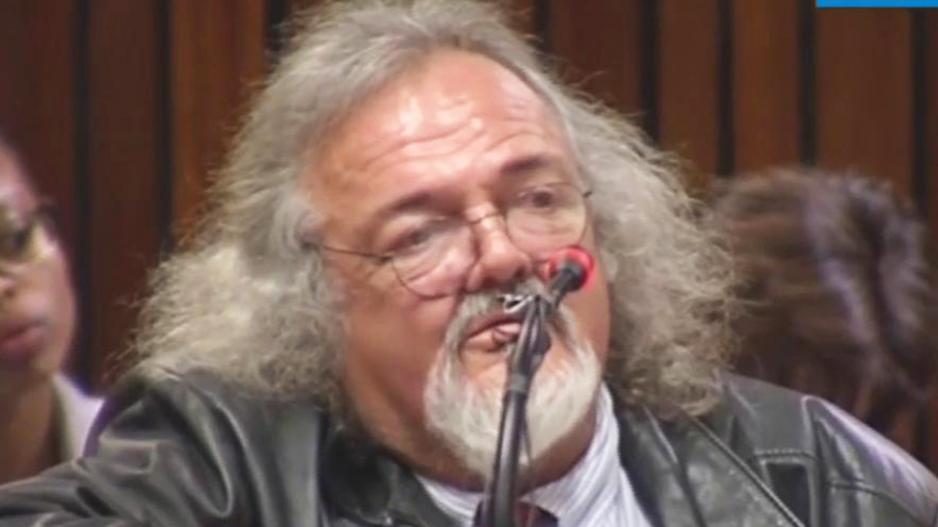 JOHANNESBURG 24 July 2017 - A former officer, Francis Erasmus, has admitted he was part of a strategic unit tasked with spreading apartheid government propaganda.

JOHANNESBURG - A former security branch officer has admitted he was part of a strategic unit tasked with spreading apartheid government propaganda.

Testifying at Timol's inquest, Erasmus said: "I was asked to draw posters which appeared overnight all over South Africa [saying] ' Archbishop Desmond Tutu, my goodness you're killing our children'. I did one that went to 2,000 schools overnight with a spec of death hovering over the school saying; look who's killing your children... Unfortunately, I was very good not only in writing but also in forging, and spent many hours practising Archbishop Desmond Tutu's signature, which was used on many occasions."

He said torture was a standard procedure for the police.

The re-opened inquest into Timol's death got under way at the North Gauteng High Court on Monday.

The anti-apartheid activist was a young teacher from Roodepoort and a member of the communist party.

The police claimed his death was guided by a SA Communist Party document that encouraged activists to commit suicide rather than betray their comrades. He died in police custody 45 years ago.

An advocate who was at John Vorster Square police station at the time described witnessing him falling to his death.

Ernest Matthers said he did not see an open window when he looked up to see where Timol had fallen from.

Timol's family insists the anti-apartheid activist was murdered, and did not commit suicide, as claimed at the time.

Matthers testified: "I was standing some distance from the window and I saw a person fall and then he landed in a prone position with his arm bent beyond his head and I looked up and couldn't see anything. I couldn't see an open window."

"For the rest of my life as a field worker, our job was not on to investigating stuff but we were called on regularly to do interrogation. I do know about the various forms of torture that were used to people. My own role was common assault of creating a fear factor with slaps. Torture was a standard procedure and the basis of this was sleep deprivation if it was time permitting. The pressure was on the investigator and the interrogators to get information as quickly as possible," said Erasmus.