Details of planned coup in Lesotho emerge at commission 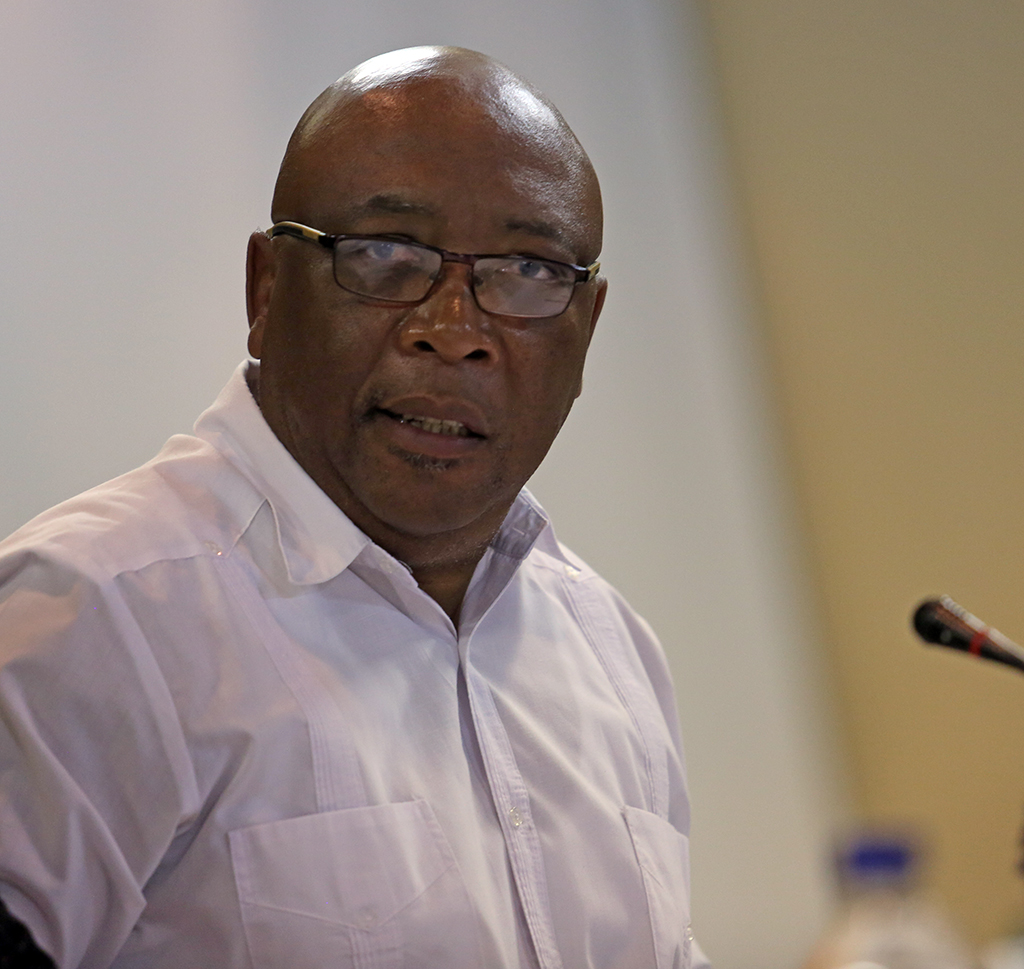 Basotho National Party leader Thesele Maseribane is seen testifying before the SADC commission into political and security instability in Lesotho on 06 October 2015.

THABA NCHU, Free State -- The Southern African Development Community (SADC) commission into the political and security crises in Lesotho on Tuesday heard that the South African government was aware of a plot to overthrow the government.

The commission is holding hearings in South Africa, under heavy security, to allow exiled opposition leaders, soldiers and party members to tell their side of the story on the situation in the troubled country.

His testimony was on the same day the SADC Troika on Defence, Politics and Security head Mozambican President Filipe Nyusi convened a “consultative meeting” on the latest developments in Lesotho.

Maseribane said in June 2014 tensions were high in Lesotho and they had information of a planned coup.

Following meetings between South African intelligence and some Lesotho intelligence in June 2014, International Relations Minister Maite Nkoana-Mashabane commented in the media that “What we are concerned about is a build-up of military presence in the capital Maseru and we also thought it was important to say continent wise, on the African continent through the AU there are very open declarations that we would not tolerate any government lead by a coup and that coups will not be tolerated and so we hope there is no attraction to that idea, not even in Lesotho.”

That was followed by President Jacob Zuma’s visit to the country as tensions remained high.

The BNP leader also told the commission that by the time the attempted coup happened it was a culmination of political tensions, an unruly army and several assassination plots that he was warned about by “many people.”

“There were people who would come to me and say there is a plan that is directed towards you and Mr Thabane and this will executed by the special forces of Lesotho,” he said.

He described August 30 2014 when soldiers were Thabane’s state house, just a few hundred metres from his home, and he had to hide near trees after getting someone to drive his family out.

He also faced tough questions from commissioners including his apparent role assisting alleged mutineers in the army and the removal of Tlali Kamoli as army chief.

Next on the commission’s list of witnesses is Thabane, who has been holed up in South Africa since May.

Meanwhile, proceedings are continuing even though Lesotho government and it’s army are boycotting the process questioning the jurisdiction of a commission sitting in another country.