Diabetes still a major cause of death in SA 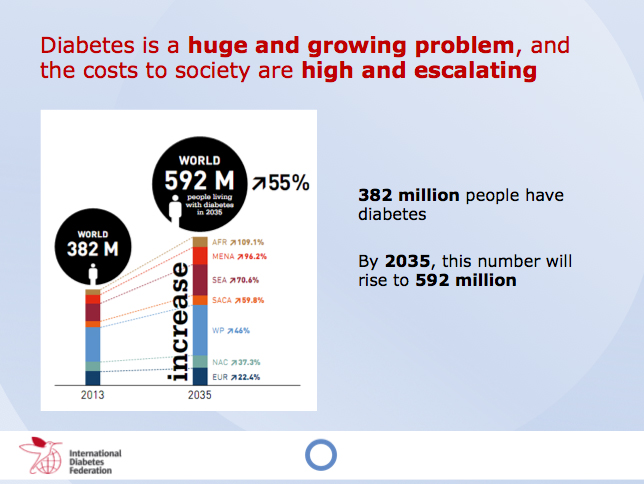 The rate of people living with Diabetes is expected to increase by 55% in 2035 according to the International Diabetes Federation.

JOHANNESBURG - In 2012 at least 58 people died every day from Diabetes in South Africa. This is according to Statistics South Africa.

A report by the International Diabetes Federation (IDF) shows that almost half of all people with Diabetes live in just three countries, China, India and the USA.

South Africa does not even feature in the list of top ten countries for Diabetes prevalence yet the rate of people dying because of the illness on the continent is far higher than in the countries with higher prevalance.

Diabetes South Africa’s Keegan Hall says South Africa&39;s high death rate is because of lack of access to insulin and to medical professionals who have specialised in treating Diabetes.

“Insulin has been around since the 1920s yet people are still dying from Diabetes….why is this?” he said.

“This is purely an access and education problem, our poor health infrastructure is killing people,” said Hall.

The Department of Health however says the high numbers of people are because of poor lifestyle habits.

“Numbers would come right down if people practiced healthy lifestyles,” said Popo Maja, head of communications in a statement issued to eNCA.

“The country as a whole needs to do far better. This requires more efforts from all sectors such as NGOs, industry as well as a number of government departments,” said the department.

More awareness is needed as it is estimated that about 50 percent of people living with Diabetes are unaware they have the illness said Hall.

The Department of Health agreed with this view, “It is true that many deaths and complications could be avoided if people went for screening and if people sought health care earlier,” noted the department.

They are now including testing in routine clinic visits to address this.

Diabetes SA is also running a major project to encourage people to get their blood sugar tested.  The ShowYourNumber campaign was launched in at the start of September and MediClinics around the country are doing blood sugar tests for the public for free.

The initial uptake has been slow says Hall but they are hoping for the numbers to grow, “Up to date between 300 to 400 people have been tested,” said Hall.

More statistics about Diabetes from the IDF: