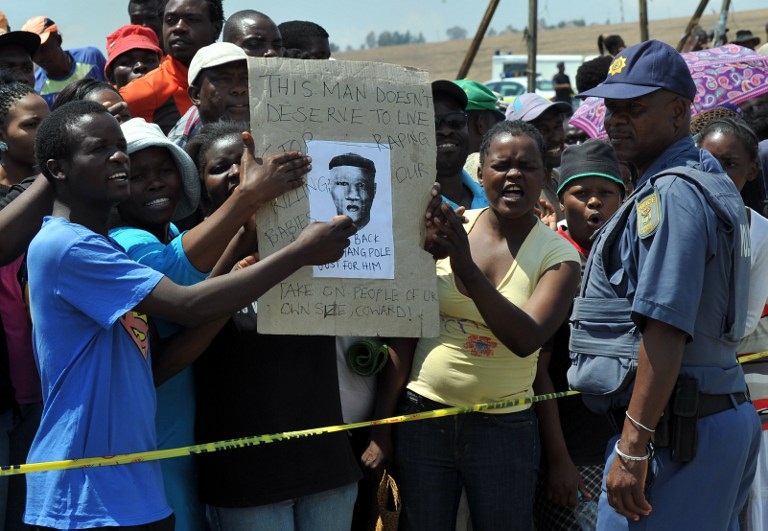 October 18, 2013: A police officer stands by protesters demonstrating in Diepsloot, north of Johannesburg, after five people were arrested for the rape and murder of two toddlers in the area.

JOHANNESBURG - The man accused of the Diepsloot child murders has been found guilty at the Pretoria High Court.

Ntokozo Hadebe&39;s been convicted of three counts of murder, three of kidnapping and six of rape.

The bodies of Anelisa Mkhonto and cousins Yonalisa and Zandile Mali were discovered dumped in a rubbish bin and public toilets last year.

They&39;d been abducted, taken to Hadebe&39;s shack in Diepsloot, where he raped and killed them.

Hadebe was on the stand giving evidence in mitigation of sentence.