Dlamini will not oppose noble Black Sash application on grants 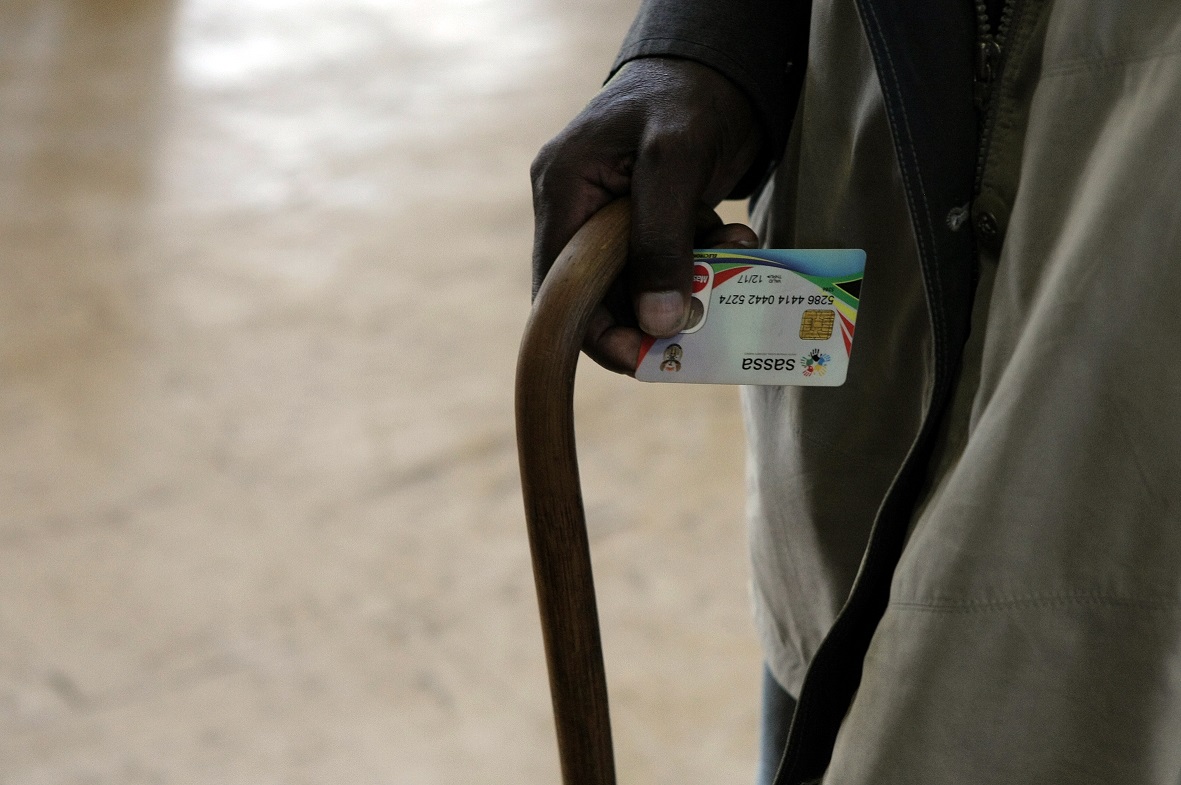 A pensioner holds his SASSA card during grant collection on March 01, 2017 in Mpumalanga, South Africa.

PARLIAMENT – Social Development Minister Bathabile Dlamini will not oppose an application by the Black Sash to ensure the Constitutional Court has oversight of the social grant payment system, her ministry said on Thursday.

“It is important to note that the Department of Social Development and Sassa [the SA Social Security Agency] do not intend to oppose the noble application by the Black Sash, which seeks to essentially protect the rights of the social grant beneficiaries,” Dlamini’s spokeswoman, Lumka Oliphant, said.

The ministry stressed that the rights in question include “the protection of personal data of social grants beneficiaries as well as illegal deductions”.

Irregular deductions have been one of the criticisms of the current contract with Cash Paymaster Services, which expires on 31 March.

Dlamini has negotiated a new contract with the company, saying that there is no viable alternative as Sassa has failed to prepare itself to take over the role from April.

Any extension of the contract with CPS should have had the approval of the Constitutional Court. In 2013 it declared the existing contract invalid because it had resulted from a flawed tender process, but suspended the ruling so as not to disrupt the payment of more than 17 million welfare grants on a monthly basis.

Dlamini sidestepped the need to secure the court’s permission by announcing that she was seeking a new contract with CPS, not an extension. Instead, she is asking the National Treasury to approve a deviation from normal procurement practices because she is negotiating with CPS as a single bidder.

On Wednesday, Chief Justice Moegeng Moegeng gave Sassa five days to answer a number of questions about the grant payment debacle. These include which officials decided that Sassa was not ready to comply with the undertaking to take over grant payments from April and when they became aware that this was a problem.

The Department of Social Development said on Thursday it had always believed that the involvement of the Constitutional Court was crucial as it is the guarantor of social rights.

“The Constitutional Court is best placed to deal with the matter at hand because social assistance in South Africa is a human right enshrined in the constitution of the Republic of South Africa.”

Oliphant said Dlamini had instructed the department and Sassa to “work around the clock” to give the Constitutional Court the information demanded by Mogoeng.