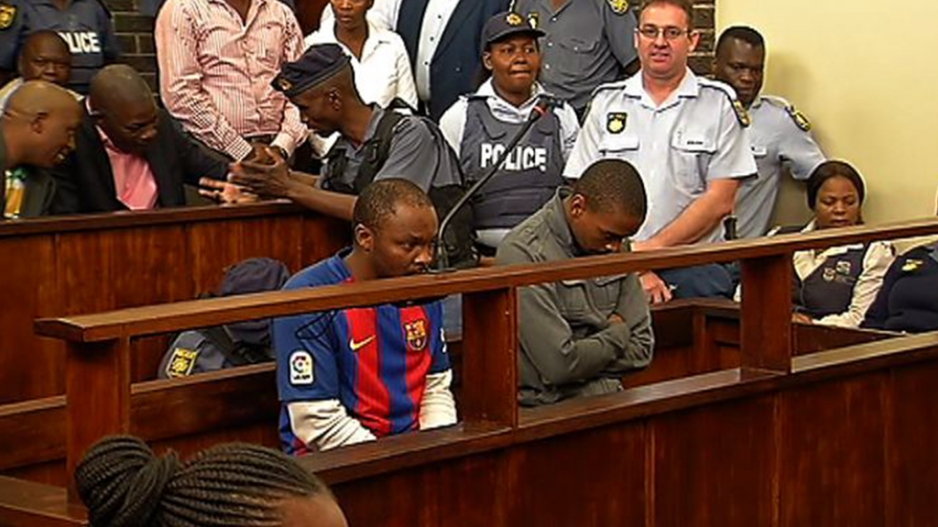 JOHANNESBURG, 14 March 2018 - As three of the six suspects arrested for allegedly kidnapping and killing two Mpumalanga children are expected to appear in court on Wednesday, a relative of one of the suspects says the accused wouldn't hurt a fly.

WITBANK - The family of 14-year-old Gabisile Shabane, one of two children who were kidnapped from their home in Hlalanikahle in Witbank in Mpumalanga in January and later found murdered, on Friday said that DNA tests on her body were delayed because she was forced to drink brake fluid mixed with dagga shortly before she was murdered.

“It’s very painful to wait for months to bury our children,” Shabane said speaking to reporters outside the Witbank Magistrate’s Court, shortly after four men - Thokozani Msibi, Brilliant Mkhize, Themba Thubane and Knowledge Mhlanga - appeared in connection with the kidnapping and murder.

“The DNA tests must be completed so that we can bury those children. Our lives are very difficult. We often think and talk about this matter.”

Provincial spokesperson for the National Prosecuting Authority, Monica Nyuswa, told the African News Agency that the DNA tests were delayed because Gabisile’s body was contaminated with brake fluid.

“The DNA tests will still be completed,” Nyuswa said.

On 4 April, State Prosecutor Fanie Mavundla told the same court that Gabisile was forced to drink brake fluid mixed with dagga, allegedly by one of the accused, shortly before she was murdered.

Mpumalanga police spokesperson Leonard Hlathi said Friday officials were ready to give the Shabane family Nkosikhona’s body if they wanted it.

The children were kidnapped from their home on28  January, allegedly by three men who entered the house through a broken window.

Gabisile’s headless body was found buried in a shallow grave in Cullinan in the east of Pretoria in the third week of February with some body parts missing.

The body of Nkosikhona, who is not an albino, was found on the side of the N4 freeway in Mpumalanga in the same week.

The case was postponed to 14 August for further investigations.