Join the dots between Marikana and Waterkloof, say academics 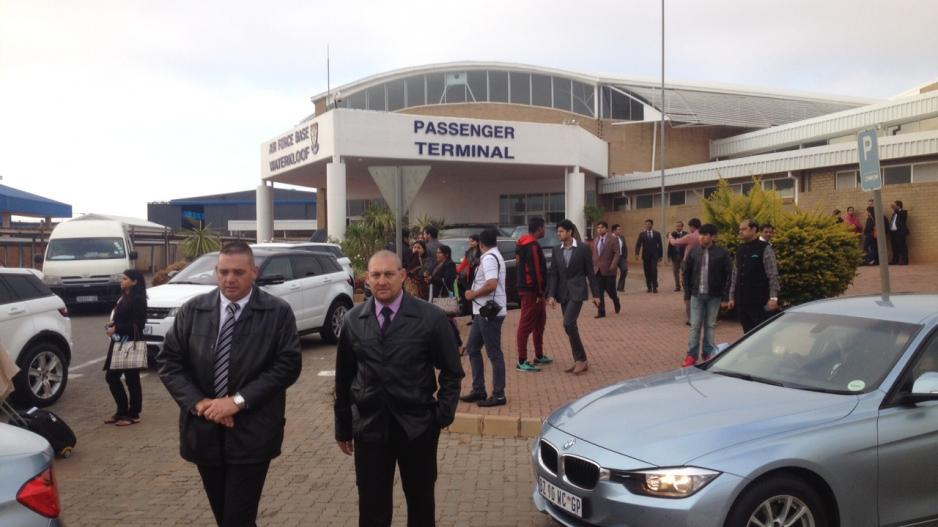 Guests arrive at the Waterkloof Airforce Base for the Gupta wedding. Courtesy Barry Bateman/Eyewitness News

JOHANNESBURG - An academic research report on state capture highlights four key events that point to the capture of the government.

At the release of the report in Johannesburg on Thursday, Professor Mark Swilling, from Stellenbosch University's the Centre for Complex Systems in Transition, outlined what these were.

"There are four moments in our view that frame this era: the Marikana massacre, [former deputy minister of finance Mcebisi] Jonas's refusal to sell the treasury for R600-million, the landing of the Gupta plane at the Waterkloof airbase, and the reshuffle [of the cabinet].

"The first two, the Marikana massacre and Jonas's refusal, are examples of collective and individual resistance, the second two [show] abuse of state resources and capture. Capture and resistance have become what South African politics is all about," Swilling said.

The report, titled "Betrayal of the Promise: How South Africa is Being Stolen", was compiled by academics from the universities of the Witwatersrand, Stellenbosch, Cape Town and Johannesburg, who call themselves the State Capacity Research Group.

Their report is an in-depth analysis of the capture of the state under President Jacob Zuma.

"Betrayal of the Promise: How South Africa is Being Stolen" is the result of a collaboration between researchers from the universities of the Witwatersrand, Stellenbosch, Cape Town and Johannesburg. Calling themselves the State Capacity Research Group they are gathering comprehensive empirical analysis on the Zuma-led state.

A graphic in the 'Betrayal of the promise' report, illustrating the alleged 'Zuma-elite' #StateCapture network pic.twitter.com/o2EG1WPMVV

Qobo names some of the “elites": Ace Magashule, Malusi Gigaba, Faith Muthambi, Brian Molefe. Then have brokers, then dealers. #StateCapture