Downward trend in rhino poaching cause for cautious optimism: Molewa 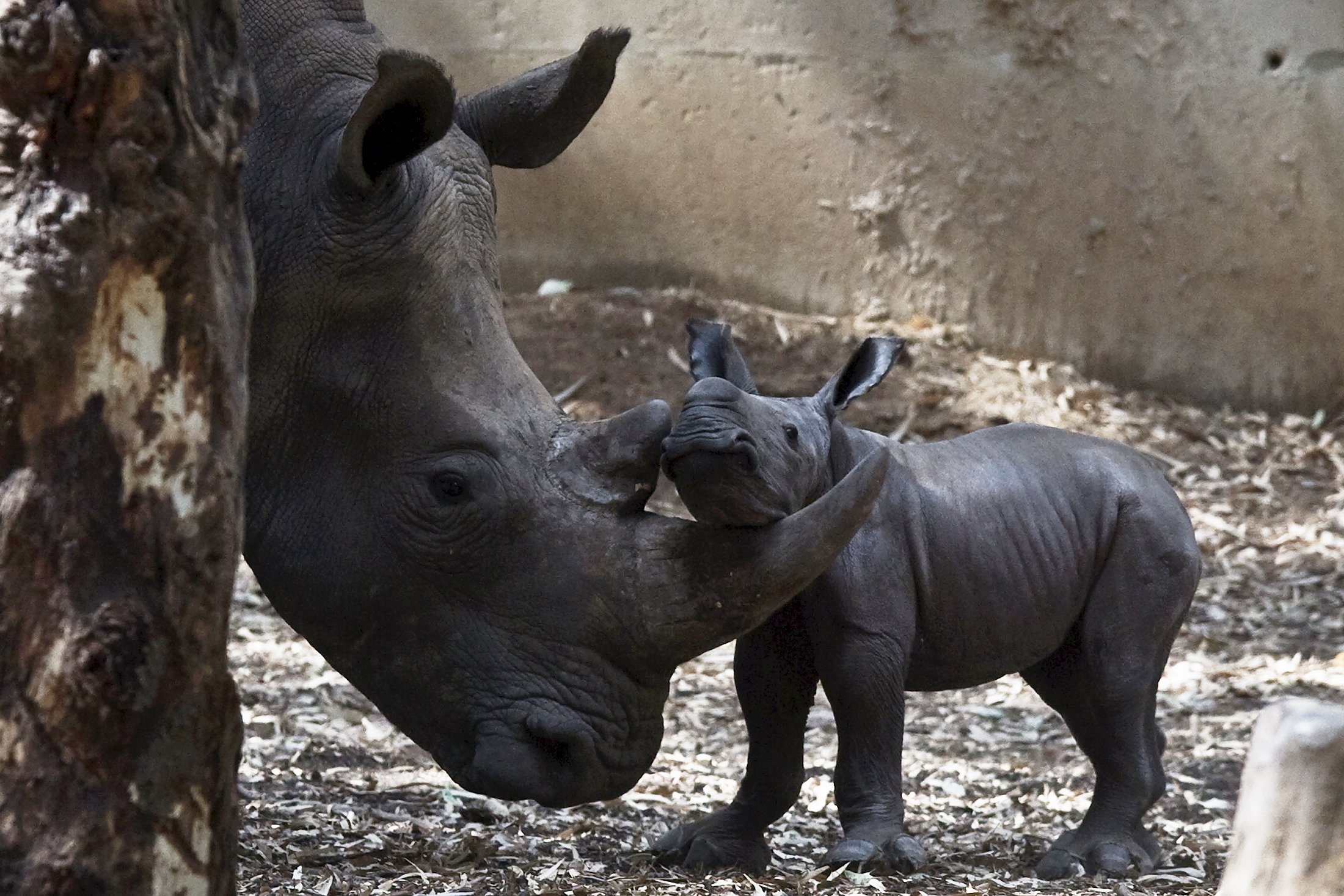 A newborn rhinoceros stands next to its six-year-old mother Keren Peles at the Ramat Gan Safari Zoo near Tel Aviv, Israel August 24, 2015.

Molewa was briefing the media in Cape Town on progress made in combating rhino poaching on Monday.

According to Molewa, "This decline in numbers does not mean we can proclaim victory. Nevertheless, the downward trend is being established which is a cause for cautious optimism.

"Whilst there has been a slight decrease in the number rhinos killed for their horn in the Kruger park and Mpumalanga, a number of Rhino poached has increase in some other provinces before. It is a concern and we report today that there has been some 30 elephants poached in the Kruger park. The interventions that we are embarking upon are also implemented to counter the poaching of elephants. It’s clear that more resources are need to address this challenge in terms of both rhino and elephant poaching," said Molewa.