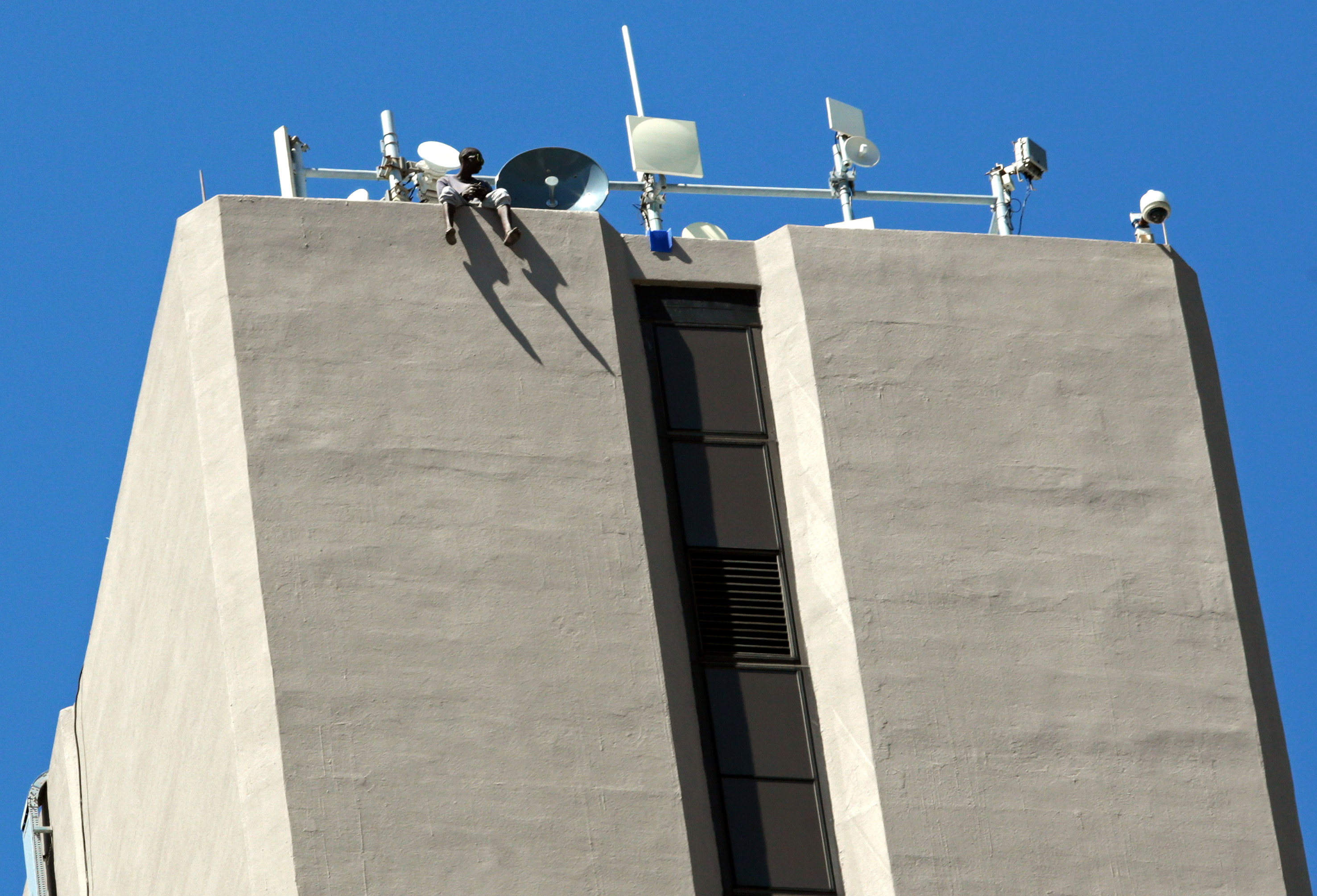 A man threatens to jump down from the 23-storey rooftop of the Cape Town Civic Centre on Thursday, 16 January 2014. The man was later lured off the building and taken to safety.

CAPE TOWN - A man, thought to be suicidal, is causing drama in Cape Town. Agitated and forlorn, the man has been captured on camera walking along the edge of the Civic Centre&39;s 26-storey rooftop.

Bystanders have been posting updates on social media site Twitter. The incident has even resulted in the hashtag CivicCentre to trend online.

Uncertainty over the man&39;s intentions are causing some people to turn nasty.