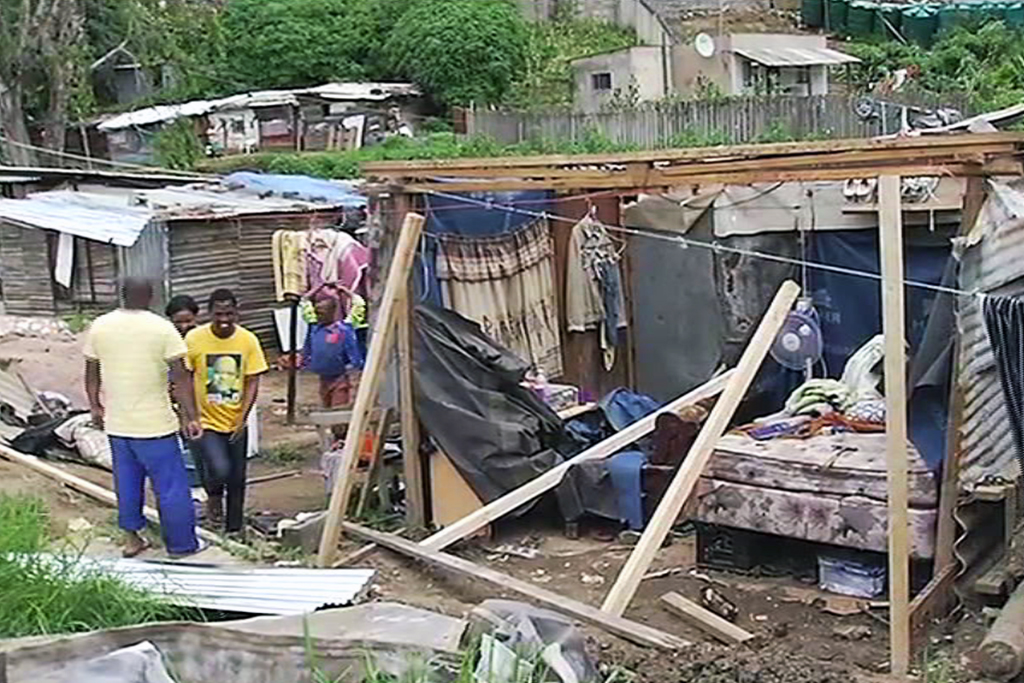 Durban, 28 February 2016 - Four people have reportedly been killed in flood-related incidents around Durban. However, the eThekwini City officials can only account for one death in Westville.

DURBAN - Durban was on Saturday counting the cost of a storm that left at least five people dead and a dozen injured.

The storm that ripped through the Durban area on Friday night delivered a deluge of rain and hail with strong winds that uprooted trees and collapsed walls.

.@ethekwinim What are we gonna call the hurricane storm that happened in durban last night

One of those walls collapsed in Durban’s Westville suburb, killing a 55-year-old man.

ER24 spokesman Werner Vermaak said paramedics on the scene were informed that the man, another adult and two teenagers went to inspect the wall before it collapsed.

“‎At this stage it is not clear if they suspected damage to the wall and thus went to investigate. The wall collapsed on the man and pinned him under the rubble and water for some time.”

What a beautiful storm in Durban last night. durbanstorm pic.twitter.com/ej3twptz07

durbanstorm part of Grayville racecourse flooded during the storm pic.twitter.com/vVQediZtS0

‎He said EMS paramedics attended to at least another 13 people injured as a result of walls collapsing, roofs being blown off or collapsing, and trees falling on them.

On Saturday morning residents across the region could be seen removing branches that had fallen on fences, driveways, and roofs. Roads were littered with debris from the storm and numerous roads bore soil deposited by the water.

Shoppers at Durban’s Pavilion Shopping centre had to walk through water to get to shops and movies.