E-tolls are overpriced by more than 300% OUTA research finds 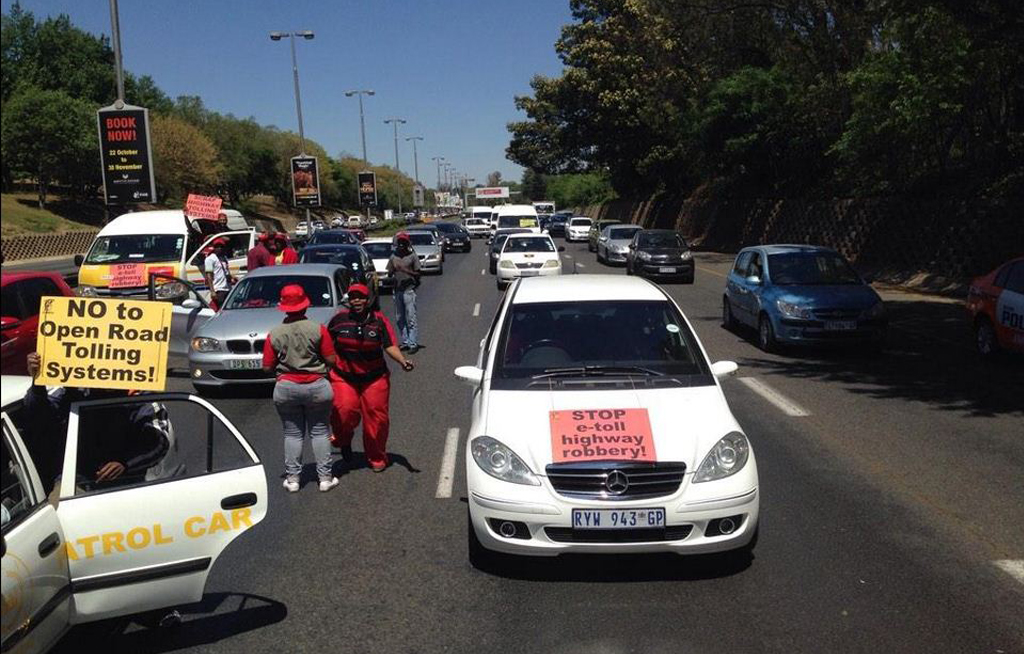 October 18, 2014: The Cosatu drive-slow protest against e-tolls blocked the M1 highway from Sandton northwards towards Allandale Road in Midrand.

JOHANNESBURG – The Organisation Undoing Tax Abuse (OUTA) revealed on Monday that the Gauteng Freeway Improvement Project was overpriced by a whopping 321% when compared to road construction pricing systems around the world.

This finding comes as a result of OUTA’s, formely known as Opposition to Urban Tolling Alliance, finishing touches to its research and position paper.

Reacting to the announcement, SANRAL spokesman Vusi Mona had raised fears that “there is no unit cost for road construction that was an international benchmark that SANRAL is aware of".

But OUTA Chairman Wayne Duvenage said that while that may be true in the strictest sense of the interpretation, his organisation maintained that there are a number of international benchmark studies from which SANRAL can glean a good understanding of where they rank in road construction costs.

“If they did so, they will find that the prices they are paying for road construction in South Africa, if GFIP is anything to go by, is grossly overstated,” said Duvenage.

They include two World Bank studies including the “Road Cost Knowledge System” containing data from at least 65 developing countries, as well as studies from the Netherlands which compared costs in 10 European countries.

Two other reports, from the US Kansas Department of Transport and the Tanzania Roads Funds Board, were also used.

These are just five of 11 case studies, which OUTA listed in a 26 page research position paper.

Duvenage said the findings proved that the South African public has been “grossly overcharged” for the Gauteng Freeway upgrade by an average of 321% from 2008 to 2011.

Conversions from miles to kilometres were factored in and the rand exchange rates applicable in 2010 (when the bulk of the GFIP project was nearing completion) were applied. The year on year inflation rates of 7% were also added.

The research shows that in every instance of benchmarking the GFIP project at R17.9 billion for the road only (excluding the tolling related expenditure), has been overcharged by between 136 and 832%.

“This research and position paper tells us that there is something grossly wrong with the cost of road construction under SANRAL’s watch,” said Duvenage.

OUTA believes, the outcome of the research has three consequences for SANRAL.

It raises the question of what would the decision have been had the road construction costs come in at around R7 billion at the time of the e-toll decision in 2007/8. At this realistic cost, the bond repayment would’ve been substantially lower.

Secondly, the justification of the e-toll project would be ruled as grossly irrational taking these costs into consideration and finally, SANRAL’s professionalism and integrity is in question when ensuring the public receives the lowest prices and best deals for their money.

OUTA has called on the Minister of Transport to acknowledge that such high costing is a problem for the public.

The organisation also hopes that the Treasury Oversight rules apply to SANRAL and that all future bills of quantities and pricing for all road projects must be conducted in the open.

Furthermore, the e-toll system needs to be “scrapped” and that SANRAL needs to abandon its plan to toll the Western Cape.