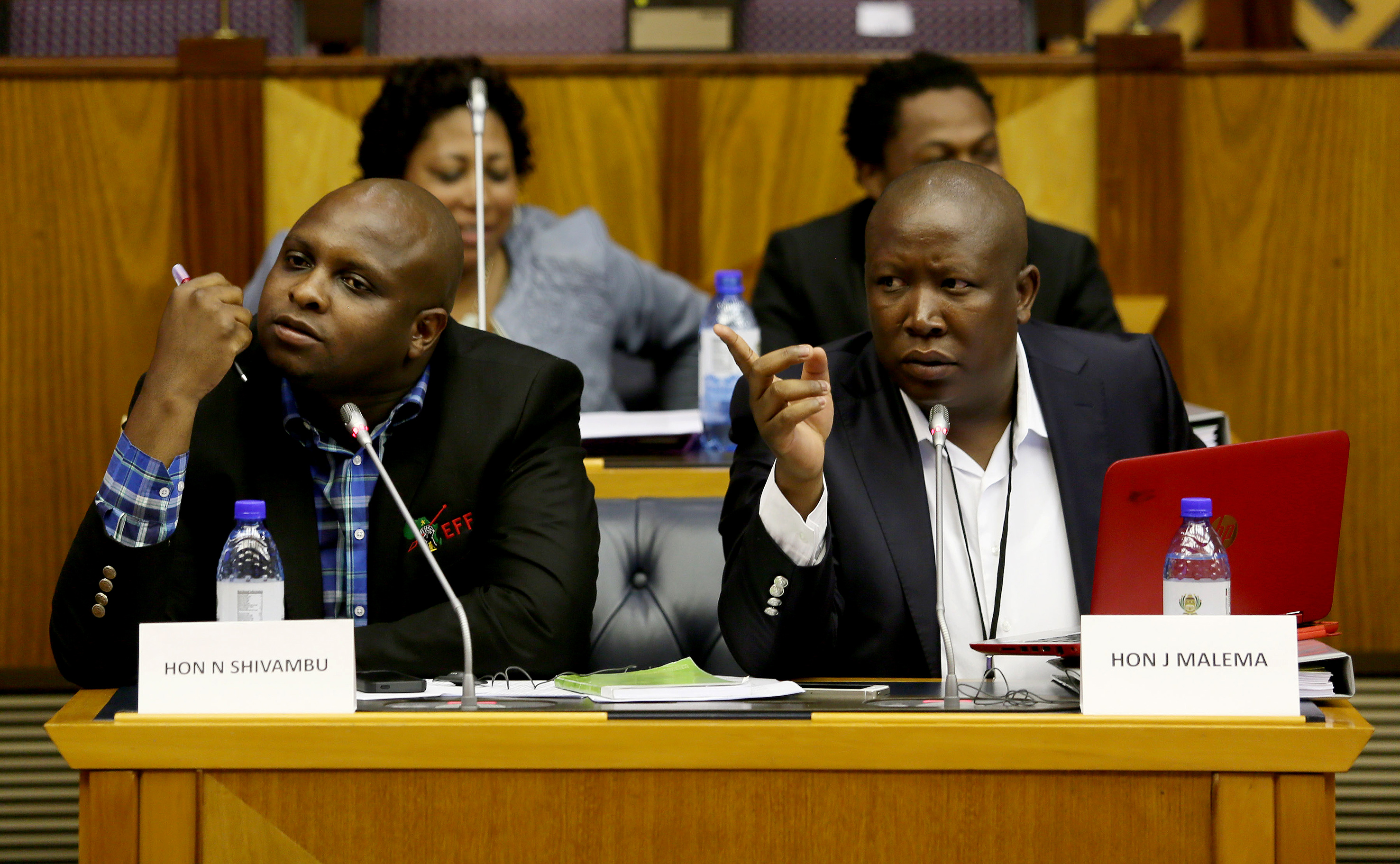 EFF leader Julius Malema makes his representation to Parliament's powers and privileges committee in Cape Town. Floyd Shivambu (L) is next to Malema.

CAPE TOWN - The EFF on Wednesday said it was preparing to go to the Constitutional Court to challenge Parliament&39;s sanctions against some of its MPs.
The opposition party&39;s legal team had originally prepared its case against Parliament to be heard in the Western Cape High Court.
"The case is not happening. No judge will hear us," Economic Freedom Fighters spokesman Mbuyiseni Ndlozi said.

"We are now preparing to go the Constitutional Court."

Last week, Parliament released a statement in which it indicated it would oppose the EFF&39;s application on Wednesday.
However, the case was not on the court roll and no judge had been assigned to hear the case.
"We will release a statement later today [Wednesday] as soon as we&39;ve filed our papers in the Constitutional Court," Ndlozi said.
The EFF legal challenge follows sanctions imposed on EFF MPs for disrupting President Jacob Zuma&39;s question time in the National Assembly on August 21.
On November 28, EFF leader Julius Malema, Chief Whip Floyd Shivambu, Godrich Gardee, Mpho Ramakatsa, Khanyisile Litchfield-Tshabalala, and Ndlozi were suspended without pay for 30 days.
Fellow EFF MPs Elsabe Louw, Ngwanamakwetle Mashabela, Nthako Matiase, Hlengiwe Maxon, Magdalene Moonsamy, and Andile Mngxitama, were suspended for a fortnight, also without pay.
Eight more EFF MPs were ordered to make a verbal apology to the House.
The 30-day suspensions are set to expire on December 28, while the 14-day suspensions expire on December 12.