Scuffles break out in NMB chamber 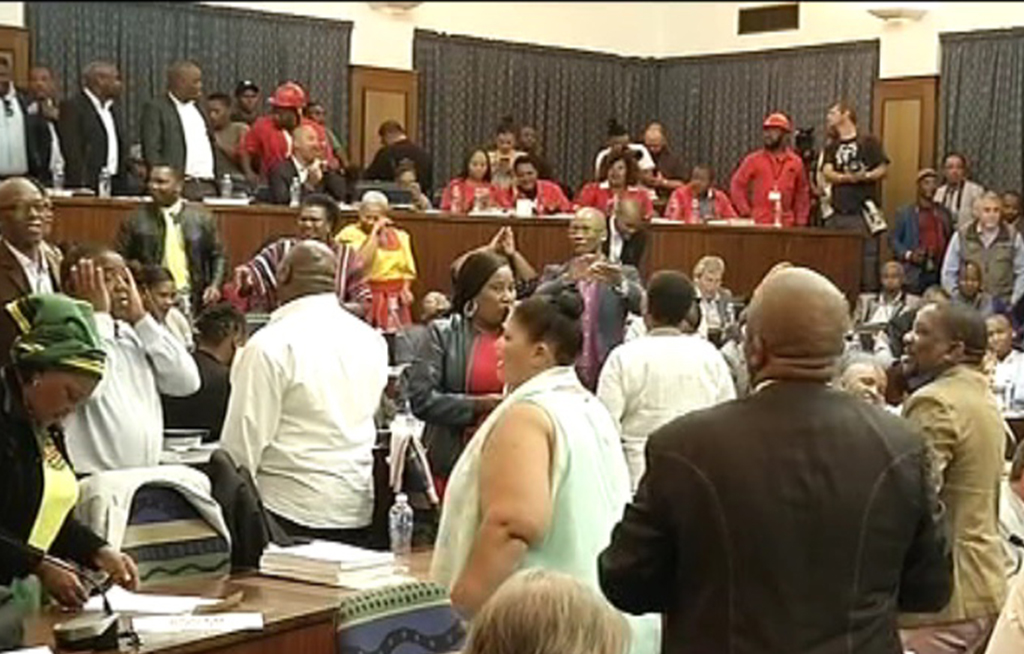 EFF and ANC council members in Nelson Mandela Bay have staged a walk out from the special seating.

JOHANNESBURG - A scuffle broke out between an EFF and a DA councillor during the special sitting in the council chamber in Port Elizabeth on Thursday.

Councillors are to vote on an EFF motion of no confidence in DA mayor of Nelson Mandela Bay Athol Trollip.

A scuffle between an EFF councilor and DA councilor, Rhino just broke out inside council. TrollipVote pic.twitter.com/UppvhARAiG

The presence of DA leader Mmusi Maimane in the council chambers raised tensions.

EFF councilors and UDM councilor shove DA Leader Mmusi Maimane as they walk past him to their seats TrollipVote pic.twitter.com/U4HA7E6HcY

Opposition parties called on Maimane to leave, but the speaker declined their request.

The EFF has walked out of the NMB Council Chambers Trollipvote pic.twitter.com/oxRrbZf4FK

All but two of the EFF councillors walked out, followed shortly afterwards by the ANC.

The ANC has joined the EFF and walked out of the NMB Council Chambers TrollipVote pic.twitter.com/NBP8lVtMW4