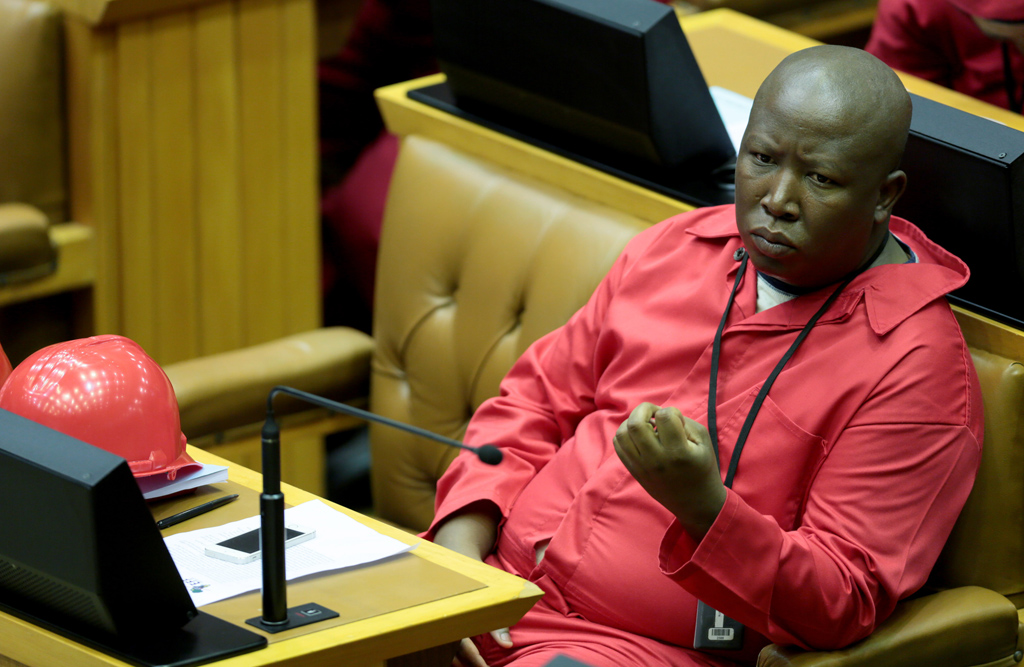 EFF leader Julius Malema looks on during a special sitting of the House on Thursday, 27 November 2014.

JOHANNESBURG - The Economic Freedom Fighters will file papers on Monday to challenge the suspension of its 12 MPs, leader Julius Malema said on Saturday.

"Our lawyers are busy preparing the papers. The papers will be filed in the Western Cape High Court on Monday," Malema said.

On Thursday night, the National Assembly adopted a report calling for the suspension of 12 EFF MPs.

On Friday night, Parliament announced that letters of suspension and notices of fines have been sent to the 12 MPs.

The party has indicated it will not tender any apologies for the August 21 incident in which President Jacob Zuma&39;s question time in Parliament was disrupted when EFF MPs chanted "pay back the money".

They were referring to Public Protector Thuli Madonsela&39;s report which stated Zuma should pay back a portion of the R246 million spent on security upgrades at his private Nkandla homestead in KwaZulu-Natal.

The EFF said it was confident a court would find the disciplinary process leading up to the suspensions procedurally unfair.