EFF holds the strings in Trollip no confidence vote 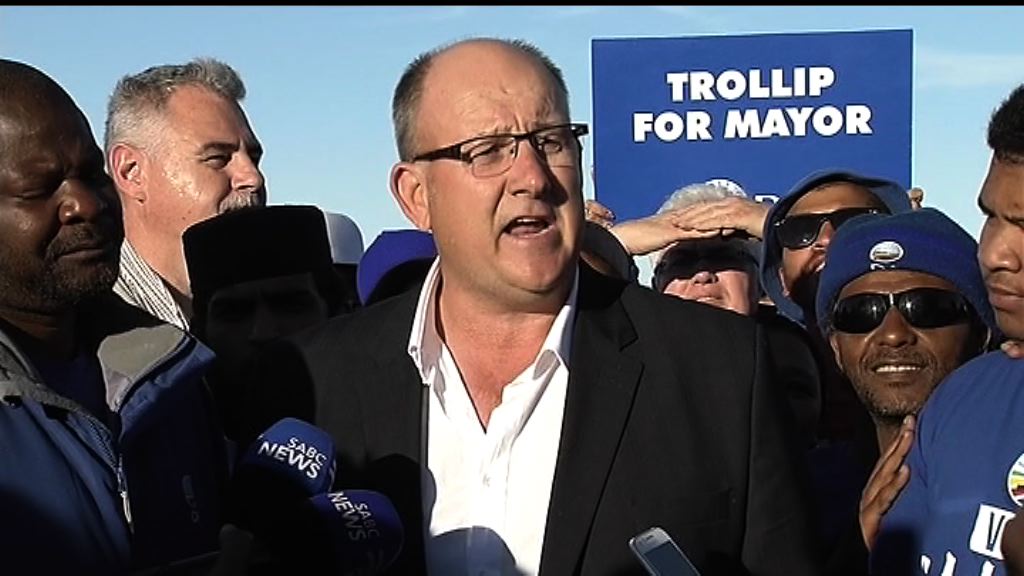 File: Athol Trollip, Helen Zille and Mike Waters have all told eNCA they received an e-mail from the party's presiding officer of federal council elections, instructing them not to participate.

PORT ELIZABETH - The EFF will be the kingmaker in Thursday&39;s vote of no confidence against Nelson Mandela Bay Mayor Athol Trollip and Speaker Jonathan Lawack.

The DA led-coalition has 59 council seats, while opposition parties have 57. The EFF&39;s six seats will, therefore, decide the outcome.

The Patriotic Alliance’s Marlon Daniels teamed up with the UDM’s Mongameli Bobani to propose the motions.

Just three months ago, Daniels spearheaded the controversial ousting of Bobani as deputy mayor, a move he has now apologised for.

“I didn’t think at my age somebody could deceive me with lies. I thought my experience would guide me through this. Athol Trollip is a person who lies on a daily basis, he goes along as things evolve to suit him,” said Daniels.

“We never had a problem with Councillor Marlon Daniels. Our major problem is the lies that Mr Trollip is busy throwing against myself and my party,” Bobani added.

Daniels pulled out of the DA-led coalition when Trollip refused to make him deputy mayor. Trollip&39;s coalition partners said if Daniels had the interests of the people at heart, he would have taken up the position offered to him, MMC for Public Health.

“It means they want to bring the ANC back, that’s the only way for them to form a government... The people of this Metro had made it clear last year that they are tired of the way the ANC has been governing... as the ACDP we support tomorrow (Thursday) the mayor,” said the ACDP&39;s Lance Grootboom.

The ANC said it will support the motion against Trollip, meaning Trollip&39;s future lies in the hands of the Red Berets.

The EFF&39;s councillors have not made their position clear.

“There are reasonable people in that council who understand that we cannot take back the governance of this city to where we are coming from. There’s even a book that confirms the ANC didn’t just steal, they looted this municipality,” said the DA&39;s Nqaba Banga.

Meanwhile, the DA put forward a motion to scrap the position of deputy mayor altogether.